Today is a holiday here in France, marking the celebration of la fête nationale or as we know it in English Bastille Day, commemorating 14 July 1789 when the population fearing an attack by the royal military stormed the Bastille prison and released the many political prisoners in what became a symbol of the end to the rule of the monarchy and the beginning of independence.

There will be a military parade in the Avenue des Champs-Élysées in Paris and here in Aix-en-Provence and most towns in France there will be organised displays of fireworks to commemorate.

To celebrate the National Holiday, I am following the initiative of Marina Sofia at Finding Time To Write to highlight some recently read and upcoming French reads, now available in English, here is my salmagundi of French Literature!

Click on the title to read the review and read to the end to find the definition of that tasty word for the day Salmagundi:

Two French Books I am looking forward to reading: 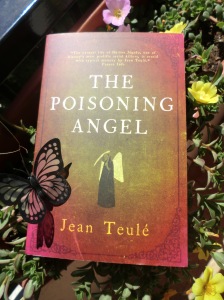 The Poisoning Angel by John Teule

This book is actually to be published today 14 July 2014 and the author is a well-known name in French contemporary literature. In fact I have one of his books in French on the shelf already.

This one is based on a true but gruesome story of one of the most notorious serial poisoners that France has ever known and was described by the Sunday Telegraph as:

“a bawdy romp one minute, a gruesome tragedy the next. The writing is beautiful, witty, grisly and moving, and reeks of authenticity.”

Let’s hope all that comes off in translation. 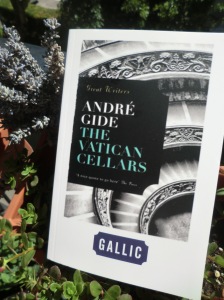 The Vatican Cellars by André Gide

This book will be published in August 2014 to mark the centenary of the book’s first publication. It is set in the 1890’s around a group of ingenious fraudsters who claim that the Pope has been imprisoned and a false Pope enthroned in his place.

I haven’t read anything by this author, but he sounds like he caused quite a sensation with this novel and others, as he took it upon himself to explore morality in his work and was a major influence on the writing of Jean-Paul Sartre and Albert Camus. He was awarded the Nobel Prize for Literature in 1947 and one year after he died (in 1951) his works were placed on the Vatican’s list of banned books.

A short novella, based on a true story of an event that happened in Japan, that will make you check your fridge contents and ensure you lock the door at night. 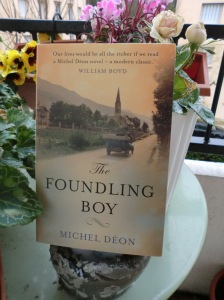 The Foundling Boy by Michel Deon

Coming of age story of a young boy left as a baby on a doorstep, who grows up and has an insatiable need to travel and experience the world. The sequel soon to be translated into English as well. 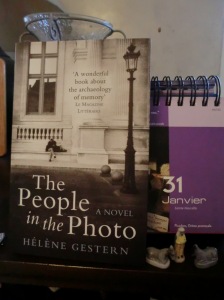 The People In the Photo by Hélène Gestern

A wonderful epistolary novel about a young woman searching for answers about events in her mother’s life before she was born, a photo provides a clue to those she knew.

All the Light We Cannot See

Paris and Saint-Malo pre and during WWII following the lives of two children and their growth into adolescence, Marie-Laure who lost her sight at six and Werner who lost his parents and is raised in an orphanage. An excellent story that leads to the crossing of paths of these two characters and wonderfully evocative of place. 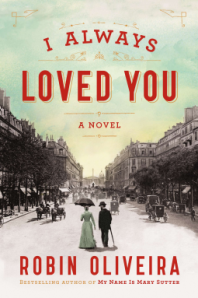 I Always Loved You

An insightful historical novel about the American painter Mary Cassatt, her life in late 1800’s Paris as she struggles to establish her name in the art world, enduring a life-long though fractious relationship with the impressionist painter and sculptor Edgar Degas.