Another excellent example of Elena Ferrante’s ability to zoom in close, with intensity into the subconscious of her protagonist, this time through the lens of a girl entering adolescence.

From the opening pages, as Giovanna overhears a random comment from her father, it expands in her mind and overtakes her physically and mentally like a disease, affecting her mind, causing her to act in certain ways.

To the reader it may seem irrational, but to the hormone affected adolescent everything is magnified and causes her to imagine, lash out, withdraw, have moments of tenderness followed by hate and indifference.

She is uncomfortable in her skin and mind, lurching between strategies of action and non-action, always confrontational.

Though warned against her and until now they’ve never met, Giovanna cultivates a relationship with her estranged Aunt Vittoria, seeing her as a convenient tool of provocation and a source of not always reliable information.

She spewed bitterness, and yet those words now brought me relief, I repeated them in my mind. They affirmed the existence of a strong and positive bond, they demanded it. My aunt hadn’t said: you have my face or at least you look something like me; my aunt had said: you don’t belong only to your mother and father, you’re mine, too, you belong to the whole family that he came from, and anyone who belongs to us is never alone, is charged with energy.

It is a roller coaster of emotions and a river of consciousness as we ride along, wondering who is going to survive these years unscathed.

There is the intensity we’ve come to expect of Ferrante, the twisted emotions and imaginings of her protagonist leading the story, reading the surface of behaviours of adults around her, creating confusion, with that precise, recognisable linguistic clarity. Her father and Aunt represent a class divide that Giovanni witnesses, growing up on one side her father has escaped to, and now intrigued by the other that her Aunt inhabits.

Their mutual hatred remained intact, and I soon gave up any attempt at mediation. I began instead to say to myself explicitly that that hatred was an advantage for me: if my father and his sister made peace, my encounters with Vittoria wouldn’t be exclusive, I might be downgraded to niece, and certainly I would lose the role of friend, confidante, accomplice. Sometimes I felt that if they stopped hating each other I would do something to make them start again.

I can’t really talk about the novel in the singular as I see her individual novels now as a tapestry of different women characters from Naples, in various stages of their life – the two friends in My Brilliant Friend, the daughter in Troubling Love and the betrayed wife of The Days of Abandonment.

Photo by Luidi Cardoso on Pexels.com

Inside the overthinking mind of an adolescent and the pushing boundary-like behaviours, exposing that lying life, provoking reactions, seeing the damage of truth-telling and then the transition, an increasing self-awareness, noticing a reduced need to react to annoyances, about one’s parents, one’s friends, teachers, family. A letting go. A transition. Decisions. To care or not to care.

I behaved like that certainly to feel free from all the old bonds, to make it clear that I didn’t care anymore about the judgment of relatives and friends, their values, their wanting me to be consistent with what they imagined themselves to be.

Ferrante provides the reader no easy conclusions, makes no judgments, but leads you down paths that will confront you with your own, as you carry on a conversation inside your own mind, wondering and trying to guess what her character might do next.

As the novel nears the end, it reads almost like a thriller, as we can see she is moving towards adulthood, her behaviours are less volatile, she feels less of a need to respond so violently, and yet, there is the danger that now she is becoming one of them – an adult – those who hide their behaviours behind lies.

Raw, intense, a delightful, refreshing, “stand up to them” protagonist.

My Reviews of Ferrante Books

Photo by Emre Kuzu on Pexels.com

The Days of Abandonment (novel)

The Story of a New Name

Those Who Leave and Those Who Stay

The Story of the Lost Child 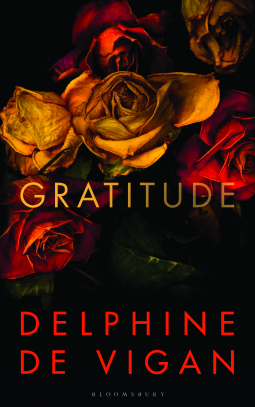