Once I got into the rhythm of this, which is to say, reading in French, and getting past the need to look up too many new words, I couldn’t put this down, by the time I found my reading rhythm, the lives of Gabriel (Gaby) and his sister Ana, his parents, his friends had their claws in me and I had to know what was going to happen next.

I heard about this book initially via a French friend who retired here, but spent most of her married life living in a number of African countries. She introduced the book to me, as having been written by the son of friends. I was intrigued, it wasn’t too long – and then it began to win a lot of prizes! I suspected it might get translated, but decided not to wait.

Gaël Faye, like the protagonist of the book, is the son of a French father and Rwandan mother and the historical facts which run alongside this narrative coincide with what he would have experienced, born in Bujumbura in Burundi and similarly fleeing the country to live in exile when civil war broke out in 1993 at the same time as the genocide in Rwanda against the Tutsi in 1994.

The book starts with Gaby reflecting on a conversation with his father, a turning point in his understanding of the ethnic origin of his people, of the difference between the Hutu, and the Tutsi. He is trying to understand the motivation for the ethnic violence that caused his mother to flee her country of origin.

His father is French, his mother Tutsi from Rwanda, they live in the small country bordering Rwanda, Tanzania and the Democratic Republic of Congo, called Burundi. It boasts the second deepest lake in the world, Lake Tanganyika, which occupies a large portion of the country’s border and is part of the African Great Lakes region.

An italicised chapter depicts Gaby in France on his 33rd birthday, unable to reach his sister Ana, falling into what has become an annual day of melancholy, he remembers his exceptional 11th birthday, his parents and friends. And thus begins the novel, back to Burundi when he is 10 years old, remembering those last days of his parents marriage, replaying scenes that may have contributed to the demise of their relationship and many that contribute to his homesickness today.

Conversations highlight the cultural differences between his parents, disputes provoke them to raise age-old issues, two people, neither of whom are really at home where they are, whose references come from elsewhere, who yearn for different things, Yvonne dreams of Paris, Michel is content with his piece of paradise in Burundi; his business, their beautiful home, domestic servants, the climate, the lake, the mountains, he refers to her dream of Paris and Europe as if it is a fantasy, far from the paradise she imagines.

For Gaby and Ana, Bujumbura is home, it is where they belong. Each day unfolds according to the same routine, as the domestics arrive, the gate is opened, they prepare for school, are driven, there is a change as Gaby begins college and new friendships develop. His close friends live in the same alleyway, the twins, Gino, Armand.  And Francis who they conflict with. They like to hang out in an abandoned Combi, talking, laughing, planning things.

(We know all the nooks of the alley and we would like to stay there the rest of our lives, all five of us, together.)

(I looked hard, I don’t remember the moment when we began to think differently. To consider that, from now on, there would be us on one side and on the other, enemies, like Francis.)

Slowly unsettling news penetrates their utopia, Yvonne is worried for her Aunt and four children who never left Rwanda and for her nephew Pacifique who decides to return there to fight. They begin to listen more often to the radio for news, adults start making confidential telephone calls behind closed doors.

Despite the unsettled times, they plan a visit to Rwanda for a family marriage, excitement and tension mount and while they make the event, the changing atmosphere forces them to return in haste.

The book continues to follow the daily life revolving around Gaby, the highs of the adventures with his friends, despite the unease that pervades their township, the lows of news from Rwanda and a fear that the divisions that have become violent will trickle across to Burundi. 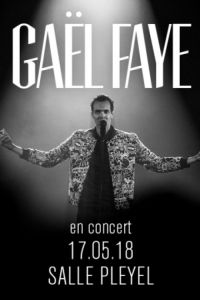 The news of a coup d’etat arrives when the radio plays classic music nonstop, it is a sign, one that has happened before, in November 1966 it was a Schubert piano sonata, in 1987 Chopin. Now, it’s Wagner they hear.

Attitudes change and begin to take effect in the playground and in the neighbourhood. Gaby befriends an elderly neighbour, a widow with large bookshelves, he seeks respite between the pages of a newfound love, literature.

The story is told through scenes viewed from the perspective of Gaby, we slowly understand the beauty and stability of his life and how that is slowly dismantled and it is no wonder, miles away and many years in the future, something in him yearns for that lost youth.

It is beautifully told, a simple story to follow, with many beautiful descriptive passages, even though we know that this time will be short-lived. It opens our eyes to the tensions that escalate into hatred and violence with little sense, the many victims and the many wounded by loss, destroyed by it. 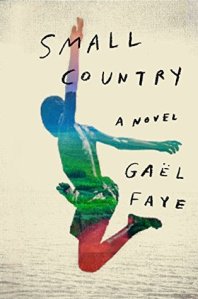 The ending is not really an ending, it could be said there is more than one ending and perhaps there may even be another book. I found it incredibly moving and was amazed to be so moved in a language that is not my own. An incredible feat of writing, a wonderful talent.

Winner of five French literary prizes including the sought after Prix Goncourt des lycéens, it is due to be translated into English in June 2018 under the title Small Country by Hogarth Press.

As you can see from the photo above Gaël Faye is also a singer, rapper, composer and poet. Unfortunately that concert above is already sold out. However, there is a beautiful song, also named Petit Pays, which gives you a glimpse of that small country he is nostalgic for and the wonderful musical talent he possesses.