A fabulous collections of correspondence and essay like responses to interview questions over a period of twenty-five years since the publication of her first novel Troubling Love. 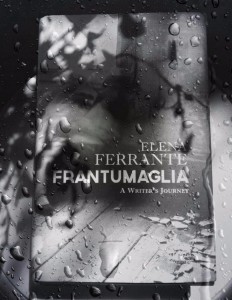 The title ‘Frantumaglia‘, a fabulous word left to her by her mother, in her Neapolitan dialect, a word she used to describe how she felt when racked by contradictory sensations that were tearing her apart.

She said that inside her she had a frantumaglia, a jumble of fragments. The frantumaglia depressed her. Sometimes it made her dizzy, sometimes it made her mouth taste like iron. It was the word for a disquiet not otherwise definable, it referred to a miscellaneous crowd of things in her head, debris in a muddy water of the brain. The frantumaglia was mysterious, it provoked mysterious actions, it was the source of all suffering not traceable to a single obvious cause…Often it made her weep, and since childhood the word has stayed in my mind to describe, in particular, a sudden fit of weeping for no evident reason: frantumaglia tears.

And so for her characters, this is what suffering is, looking onto the frantumaglia, the jumble of fragments inside. 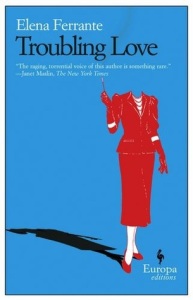 The first half chiefly concerns communication around Troubling Love and The Days of Abandonment, the latter written ten years after her debut, although other stories were written in between but never published, the author not happy with them as she so piercingly reveals:

I haven’t written two books in ten years, I’ve written and rewritten many. But Troubling Love and The Days of Abandonment seemed to me the ones that most decisively stuck a finger in certain wounds I have that are still infected, and did so without keeping a safe distance. At other times, I’ve written about clean or happily healed wounds with the obligatory detachment and the right words. But then I discovered that is not my path.

The second half implies a delay in the publication of the collection to include interviews and question-responses around the Neapolitan Quartet, beginning with the renowned My Brilliant Friend.

Readers ask poignant questions, while the media tend to obsess about her decision to remain absent (as opposed to anonymous) from promotional activity, to which she has many responses, one here in a letter to the journalist Goffredo Fofi:

In my experience, the difficulty-pleasure of writing touches every point of the body. When you’ve finished the book, it’s as if your innermost self had been ransacked, and all you want is to regain distance, return to being whole. I’ve discovered, by publishing, that there is a certain relief in the fact that the moment the text becomes a printed book it goes elsewhere. Before, it was the text that was pestering me; now I’d have to run after it. I decided not to.

Perhaps the old myths about inspiration spoke at least one truth: when one makes a creative work, one is inhabited by others-in some measure one becomes another. But when one stops writing one becomes oneself again.

…I wrote my book to free myself from it, not to be its prisoner.

One interviewer asks why in her early novels, her characters depict women who suffer, to which she responds:

The suffering of Delia, Olga, Leda is the result of disappointment. What they expected from life – they are women who sought to break with the tradition of their mothers and grandmothers – does not arrive. Old ghosts arrive instead, the same ones with whom the women of the past had to reckon. The difference is that these women don’t submit to them passively. Instead, they fight, and they cope. They don’t win, but they simply come to an agreement with their own expectations and find new equilibriums. I feel them not as women who are suffering but as women who are struggling.

And on comparing Olga to Madame Bovary and Anna Karenina, who she sees as descendants of Dido and Medea, though they have lost the obscure force that pushed those heroines of the ancient world to such brutal forms of resistance and revenge, they instead experience their abandonment as a punishment for their sins.

Olga, on the other hand, is an educated woman of today, influenced by the battle against the patriarchy. She knows what can happen to her and tries not to be destroyed by abandonment. Hers is the story of how she resists, of how she touches bottom and returns, of how abandonment changes her without annihilating her. 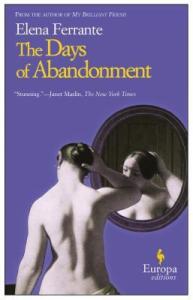 In an interview, Stefania Scateni from the publication l’Unità, refers to Olga, the protagonist of The Days of Abandonment as destroyed by one love, seeking another with her neighbour. He asks what Ferrante thinks of love.

The need for love is the central experience of our existence. However foolish it may seem, we feel truly alive only when we have an arrow in our side and that we drag around night and day, everywhere we go. The need for love sweeps away every other need and, on the other hand, motivates all our actions.

She again refers to the Greek classics, to Book 4 of the Aeneid, where the construction of Carthage stops when Dido falls in love.

Individuals and cities without love are a danger to themselves and others. 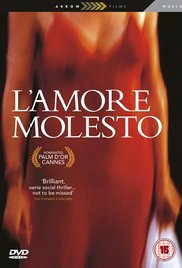 The correspondence with the Director of Troubling Love (L’amore molesto), Mario Martone is illuminating, to read of Ferrante’s humble hesitancy in contributing to a form she confessed to know nothing about, followed by her exemplary input to the process and finally the unsent letter, many months later when she finally saw the film and was so affected by what he had created. It makes me want to read her debut novel and watch the original cult film now.

Frantumagli is an excellent accompaniment to the novels of Elena Ferrante and insight into this writer’s journey and process, in particular the inspiration behind her characters, settings and recurring themes.

Note: Thank you to the publisher Europa Editions, for providing me a copy of this beautiful book.

Buy a copy of any of Elena Ferrante’s novels via Book Depository here.