A Victorian era historical novel (London 1893) set over a single year, that follows the footsteps of the young widow Cora Seaborne, in the months following the premature of her husband, a cruel man who’d become indifferent to her, but one who’d been her companion from such a young age, he’d moulded her into what he could tolerate.

She begins to shed the layers of that stifled London life, both physically and mentally, taking her son Francis and their companion Martha to Colchester, swapping gowns and stays for a man’s tweed coat and trousers. She steps out each day taking herself on long walks in search of anything unusual and in particular remnants and fossilised objects unearthed after a recent earthquake and subsequent landslides.

In London, she had befriended Dr Luke Garret, affectionately referred to as the Imp on account of his size. He is at the forefront of medicine at the time, something of a maverick surgeon, fascinated by the potential of yet unproven surgical procedures, assisted by his friend and colleague Spencer. He is fond of Cora and their friendship continues after the death of her husband.

Katherine and Charles Ambrose, frequent visitors to Essex, unwittingly encouraged Cora’s interest in the region and in fossil remains, through various introductions, one of whom recounts to her the life and work of Mary Anning, the English fossil collector and paleontologist, whose discoveries included the first ichthyosaur skeleton. Mary Anning is the protagonist of Lisa Chevalier’s excellent novel Remarkable Creatures. 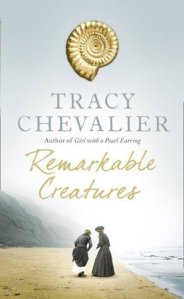 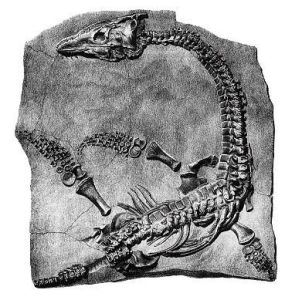 Meeting her again in Colchester, the Ambrose’s introduce Cora to the Reverend William Ransome and his wife Stella and a unique friendship develops.

Much of the novel is narrated through letters between Cora and these new friends she’s made since her widowhood and one of the subjects that arises is talk of a creature, said to have reappeared since the land was disturbed by the quake, one they’ve dubbed the Essex Serpent. Local beggar Taylor fills her in on the details of the earthquake and the sleeping legend it has awakened.

‘It had come eight years back, by his reckoning, at eight minutes past nine precisely. It had been as fair an April morning as any could remember, which later was counted a blessing, since most were out-of-doors. The Essex earth had bucked as if trying to shake off all its towns and villages; for twenty seconds, no more, a series of convulsions that paused once as if a breath were being drawn and then began again. Out in the estuaries of the Colne and the Blackwater, the sea had gathered into foaming waves which ransacked the shore and reduced every vessel on the water to splinters.’

Cora is delighted to think that modest little Essex, with its Paleozoic rock beneath their feet, laid down five hundred million years before, shrugging its shoulders, creating waves and toppling church steeples and fantasizes about finding her own ichthyosaur.

Taylor feeds her mind with tales of a creature from 1669, when it was believed a serpent came out of the Essex waters into the birch woods and commons.

‘Those were the years of the Essex serpent, be it scale and sinew, or wood and canvas, , or little but the ravings of madmen; children were kept from the banks of the river and fishermen wished for a better trade! Then it was gone as soon as it came, and for night on two hundred years we had neither hide nor hair of it ’til the quake came and something was shook loose down there under the water – something was set free! A great creeping thing, as they tell it, more dragon than serpent, as content on land as in water, that suns its wings on a fair day.’

Away from the responsibilities and expectations of womanhood and motherhood, long walks reawaken Cora’s naturalist and philosophical interests.

‘It struck her that everything under that white sky was made of the same substance – not quite animal, but not merely earth: where branches had sheared from their trunks they left bright wounds, and she would not have been surprised to see severed stumps of oak and elm pulse as she passed. Laughing, she imagined herself part of it, and leaning against a trunk in earshot of a chattering thrush held up her arm, and wondered if she might see vivid green lichen stippling the skin between her fingers.

Had it always been here – this marvellous black earth in which she sank to her ankles, this coral coloured fungus frilling the branches at her feet? Had birds always sung? Had the rain always this light touch, as if she might inhabit it?’

As Cora pursues fossils and sea creatures, her companion Martha uses the opportunity of having contact with influential men to push her social activism, intent on bringing to light the plight of the working class housing conditions, dire accommodations and landlords who continue to raise rents, not to mention hypocritical attitudes.

‘She spread open the pages and showed him a map on which the poorest of London’s housing was overlaid with plans for new developments. They would be sanitary , she said, and spacious: children would have green spaces to play in and tenants would be free from landlord caprice. But (she flicked contemptuously at the paper) to qualify for housing, tenants must demonstrate good character. ‘They’re expects to live better than you or I ever did to deserve a roof over their children’s heads: must never be drunk or a nuisance to neighbours, or gamble, and God forbid too many children by too many fathers, and had too often. You, Spencer – with your estate and pedigree – you can drink yourself wretched on claret and port and no-one begrudges you any of your homes; but spend what little you have on cheap beer and the dogs and you’ve not enough moral standing to sleep in a dry bed.’

The novel provides a snapshot of the era, with its significant scientific progress and discoveries, its social issues among the classes and between the sexes, medical progress and the conflict between men of science and men of the cloth.

For the most part I enjoyed it immensely, however, if I were to fault it, I thought the seesawing between relentless soul-searching and denial on the part of the Reverend and Cora, in coming to terms with their relationship became a little tedious. It made the second half of the novel drag a little and I notice that all the passages I noted come from the first 200 pages. However the acute sense of place and era and that traversing of issues of the time within the framework of of an engaging story make it all worthwhile.

16 thoughts on “The Essex Serpent by Sarah Perry”

Leave a Reply to Kelsey @ There's Something About KM Cancel reply 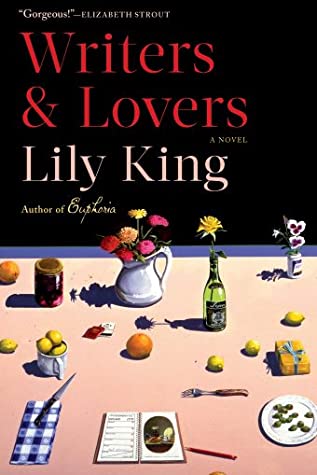 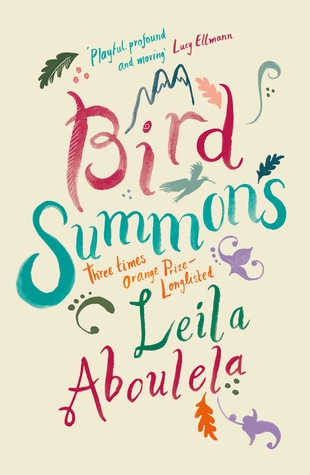