This is a delightful and simple novella that views the life and achievements of one of America’s great role models through the principles of Buddhist thought, a man who wished only to be remembered for three achievements, author of the Declaration of American Independence, of the statute of Virginia for Religious Freedom and Father of the University of Virginia. He was President from March 1801 – March 1809.

Suneel Dhand has created a Buddhist guru whom he connects to Jefferson’s mother, and who then begins to correspond with the young man when he is a discontented, overweight child. The letters introduce him to seven ancient principles of Buddhism and the Eastern way of life and we then witness Jefferson’s own lifestyle change as he becomes vegetarian, more interested in books and develops a greater awareness of how thoughts, actions and behaviours position a man.

When we take an in-depth look at all of his lifestyle practices we see that Tom practiced very Eastern ways of living, different from his fellow countrymen. In many ways he was a well-being guru, centuries ahead of his time. 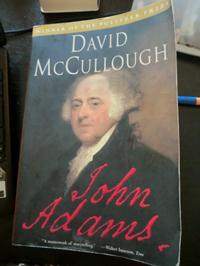 Most of my knowledge of the role Thomas Jefferson played in American society comes from having seen the excellent HBO TV series ‘John Adams’ and the awe with which he was regarded by both John Adams and Benjamin Franklin as they encouraged him to pen the Declaration of American Independence.

The series is based on David McCullough’s Pulitzer prize-winning biography ‘John Adams’, a volume I have on the shelf and will one day set to and read as well.

As Abigail Adams would confide to Jefferson, there had seldom been anyone in her husband’s life with whom he could associate with “such perfect freedom and unreserve” and this meant the world to her.  If you haven’t seen the series, here are some of Jefferson’s greatest moments played by the British actor Stephen Dillane.

A surprising little book, one that is full of good sense and relevant to today while reminding us of the extraordinary man Thomas Jefferson was and the major contributions he made not just to American history but also to humanity.

Today millions continue to be inspired by Thomas Jefferson, the genius who galvanized his people to freedom. A truly enlightened soul indeed – and that, without ever requiring any lessons from a Secret Buddha.

Note: This is an Advance Reader Copy (ARC) provided by the publisher via NetGalley.

23 thoughts on “Thomas Jefferson – Lessons from a Secret Buddha”