I want it to win.

Drawing inspiration from other texts that have in turn been inspired by a life, or experience lived in Argentina, whether the epic poem ‘the gaucho’ Martin Fierro by José Hernández (a lament for a disappearing way of life) or the autobiography Far Away & Long Ago of the naturalist  William Henry Hudson, The Adventures of China Iron is a beautiful elegy (for there will be consolation), a brilliant feat of the imagination that takes readers on an alternative journey.

China Iron, wife of Martin Fierro, who in the original version was given just a few lines, is now the lead and is about to awaken to all that is and can be.

Her adventure is a heroine’s journey from dystopia to utopia, from naive to knowledgeable, from woman to young brother to lover, from unconscious to awakened, from surviving to aware to thriving.

While I was writing I felt I was describing the mind-blowing experience of being a newborn since in China’s eyes everything is new and has the shape and shininess of a new discovery. She is trying out her freedom, travelling for the first time, leaving the tiny settlement in which she had spent her whole life. She is discovering the world, the different paths through it, love. Gabriela Cabezón Cámara

Part One – The Pampas

China was passed over to Martin Fierro in holy matrimony in a card game. She bore him two children before he was conscripted, what a relief. Scottish Liz had her husband Oscar taken in error, so she packs a wagon to go and find the land they’ve procured, taking China and the dog Estreya with her. This is the beginning of China’s awakening, she will learn from Liz and being in nature, on the move.

Who knows what storms Liz had weathered. Maybe loneliness. She had two missions in life: to resuce her gringo husband and to take charge of the estancia they they were to oversee.

Liz informs China about the ways of the British Empire, clothing, manners, geography, Indian spices, African masks. Some things she understands, others take longer to reconcile. She discovers ‘a birds eye view’ from up there on the wagon.

And I began to see other perspectives: the Queen of England – a rich, powerful woman who owned millions of people’s lives, but who was sick and tired of jewels and of meals in palaces built where she was monarch of all she surveyed – didn’t see the world in the same way as, for example a gaucho in his hovel with his leather hides who burns dung to keep warm.

For the Queen the world was a sphere filled with riches belonging to her, and that she could order to be extracted from anywhere; for the gaucho, the world was a flat surface where you galloped around rounding up cows, cutting the throats of your enemies before they cut your own throat, or fleeing conscription or battles.

China leaves behind neglect and enters the realm of non-violent company, nourishment and knowledge. She comes to think of the wagon as home and falls for Liz’s charm. They track Indians by examining the dung of their animals. When they see it’s fresh, they stop and change.

I took off my dress and the petticoats and I put on the Englishman’s breeches and shirt. I put on his neckerchief and asked Liz to cut my hair short. My plait fell to the ground and there I was, a young lad. 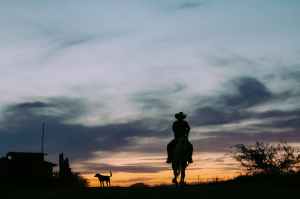 Photo by Juanjo Menta on Pexels.com

They encounter a lone gaucho (cowboy) Rosario and his herd of cows, he becomes the fourth member of their party. We learn his tragic backstory as well. He laughs at China’s clothing, but says it’s a good idea and that all women should carry a knife the way men do.

We knew he was talking about his mother and how he’d have preferred her to have grown a beard if it meant she’d have stayed a widow with him by her side instead of that monster.

They make slow progress, in part due to China’s desire that this in-between peaceful co-existence, the happiest she’s ever experienced, never ends.

They arrive at the estancia run by Hernandez, they dress in their chosen uniforms Liz had allocated from the stores inside the wagon;

uniforms for every kind of position on the estancia according to the imagination of the aristocrat and his stewards, Liz and Oscar.

Here they come across the opposite of what they’d found in the plains, here is a world run by the self-righteous Hernandez, who runs his estancia like a dictatorial regime, with strict rules and regulation, reward and punishment, inspiring hatred and allowing revenge. Seeing himself as the seed of civilisation, others as savages with no sense of history and the gauchos as his protegé, he sets out to retrain them in his ways, with a whip and a rod.

Photo by Artem Beliaikin on Pexels.com

In the final part they come into contact with the indigenous population and even the air feels easier to breathe. Here the language changes, perception changes, there is acceptance, equilibrium, reunion.

This whole section reminded me of the shape-shifting shamans, of a higher perception or consciousness, living with the indigenous people allows them to let go of all expectations and see with different eyes.

“Although we have been made
to believe that if we let go
we will end up with nothing,
life reveals just the opposite:
that letting go is
the real path to freedom.”

I absolutely loved this, I hope it wins the International Booker 2020 thoroughly deserving in my opinion.

Ever since I had the idea of giving China a voice, I had one thing clear in my mind: I wanted her tale to be an experience of the beauty of nature, freedom in body and mind; a story of all the potential and possibilities in store when you encounter other people, of the beauty of light. I wanted to write an elegy to the flora and fauna of Argentina, or whatever is left of it, an elegy to what used to be here before it all got transformed into one big grim factory poisoned with pesticides. I wanted to write a novel infused with light. Gabriela Cabezón Cámara