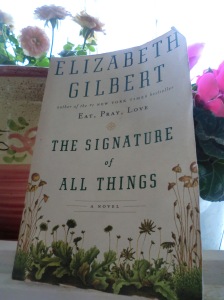 Elizabeth Gilbert, author of the best seller Eat Pray Love and more recently in 2013, the historical, botanical novel The Signature of All Things (reviewed here) has thought a lot about Creativity, so much so that she gave a TED Talk on the subject.

Tapping into one’s creative life can often be referred to as a sea of obstacles, fears, procrastinations and can tend to focus on what one lacks, rather than the small steps we can take in pursuit of it.

In Big Magic, Gilbert writes a lot about how we get in the way of our own creativity, covering a multitude of sins, some that we may find relevant, others not, depending where we are on the path to pursuing it.

The book is separated into six sections, Courage, Enchantment, Permission, Persistence, Trust and Divinity where she discusses many aspects of e creative process, her own experiences and many anecdotes from well-known personalities. 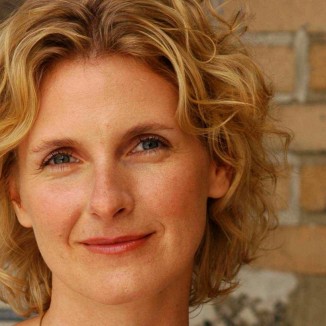 Why You Should Quit Writing

One of the best is from Richard Ford, author of Canada (reviewed here); he gave this response to an audience member who recounted all the things that he and Ford had in common; age, background, themes, the fact they’d both been writing all their life.

The big difference being this person had never been published, they were heartbroken, a “spirit crushed by all the rejection and disappointment”. He added that he did not want to be told to persevere, that’s all he ever heard from anyone.

Ford told him he should quit.

The audience froze: What kind of encouragement was this?

Ford went on: “I say this to you only because writing is clearly bringing you no pleasure. It is only bringing you pain. Our time on earth is short and should be enjoyed. You should leave this dream behind and go find something else to do with your life. Travel, take up new hobbies, spend time with your family and friends, relax. But don’t write anymore, because it’s obviously killing you.”

There was a long silence.

Then Ford smiled and added, almost as an afterthought:

“However, I will say this. If you happen to discover, after a few years away from writing, that you have found nothing that takes its place in your life – nothing that fascinates you, or moves you, or inspires you to the same degree that writing once did…well, then, sir, I’m afraid you will have no choice but to persevere.”

She writes about her theory that ideas are a separate entity to ourselves and if we do not pursue them when they come knocking in the form of inspiration, we risk them leaving us altogether and being passed on to someone else. When the momentum and inspiration has left us, which can also happen if we put something aside for too long, it becomes difficult, if not impossible, to renter the zone to complete it.

She gives an example of a novel she was very passionate and inspired by, an Amazonian novel. She mentioned it to her friend Ann Patchett who was curious as she was at the time writing a novel set in the same location.

Gilbert gave her a brief outline and asked Patchett what her novel was about and she repeated almost word for word the same idea – fitting into her theory that the idea had visited her and because she had put it aside for a couple of years, it left and had been passed on to Patchett to become State of Wonder (reviewed here).

It’s necessary to read her quaint theories with an open mind, Big Magic itself is the label she applies to all those instances of coincidence, luck, the unexplained, it is a form of belief in universal guidance or positive thinking, one conveniently packaged as Big Magic.

Fortunately, we need not put all our faith in it, she pulls back from the inclination of some to urge us to seek out our passion, especially when many struggle to find or identify with such a thing. She favours curiosity over passion.

Forget about passion, pursue curiosity. Curiosity is accessible to everyone, while passion can seem intimidating and out of reach.

‘…curiosity is a milder, quieter, more welcoming and democratic entity…curiosity only ever asks one simple question of you:

Even a tiny bit?

No matter how mundane or small?

Curiosity is like a clue, you follow it, see where it takes you and continue along that train of thought or research. It may lead somewhere or nowhere, it doesn’t matter, momentum is what’s important. She gives the example of following an interest in gardening, that lead to researching and eventually writing her much admired historical novel The Signature of All Things.

She acknowledges that the necessity to achieving a creative life of note takes discipline, luck and talent and puts more faith in the former, than the latter.

She doesn’t regard herself as being endowed with greater than average talent, she is not a perfectionist – admitting to flaws in her work she knew were there, that weren’t worth the effort to pursue in the grand scheme of things. An interesting observation, as one of the flaws she mentions was an under-developed character in that same novel, something I noted in my review, that she admits beta readers warned her of, a flaw she deliberately did not remedy. In some cases the effort required to fix something is greater than the reward it will bring.

Overall, a fast, easy read, that can act as a reminder and a motivator to us in relation to any creative endeavour, it’s one of those books to read with a filter, let it pass through you and take the gems for what they’re worth to you now.

It has taken me years to learn this, but it does seem to be the case that if I am not actively creating something, then I am probably actively destroying something (myself, a relationship, or my own peace of mind).”