British author Ali Smith has won the 2015 Baileys Women’s Prize for Fiction with her sixth novel How to Be Both.

“Ancient and modern meet and speak to each other in this tender, brilliant and witty novel of grief, love, sexuality and shape-shifting identity.” 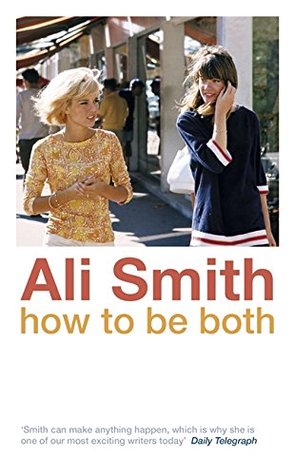 How to Be Both is a novel all about art’s versatility. Borrowing from painting’s fresco technique to make an original literary double-take, it’s a fast-moving genre-bending conversation between forms, times, truths and fictions. There’s a renaissance artist of the 1460s. There’s the child of a child of the 1960s. Two tales of love and injustice twist into a singular yarn where time gets timeless, structural gets playful, knowing gets mysterious, fictional gets real – and all life’s givens get given a second chance.

The winning title was also chosen by the Shadow Jury, who made their announcement yesterday, see some of their reviews here:

How To Be Both

– reviewed by Eric at The Lonesome Reader

– reviewed by Naomi at The Writes of Women