Although I live in France, speak the language and love to read, I confess I don’t read nearly enough in French and admit I am holding any intent in that direction in abeyance for a while, comfortable with the certain knowledge that I will indulge the desire eventually. The last novel I bought in French was a translation of ‘The Life of Pi’ by Yann Martel, a gift for my friend B, so she could read it in her ‘langue maternelle‘. It is serendipitous then, that she bought me ‘The Tiger’s Wife’ for Christmas, another novel with an unforgettable feline presence. We will share the experience of our respective tigers soon, the discussion sure to cross both languages.

And so to Téa Obreht’s debut novel and Orange prize winning ‘The Tiger’s Wife’.

I do enjoy traversing cultures and storytelling whose origins are unfamiliar, requiring an open mind and suspension of judgement. Obreht brings us to a land that has been split in two, where crossing a border causes suspicion and having the wrong accent or name can be dangerous.

Natalia is a young doctor who travels with her friend Zora across a hostile border to bring medicine to an orphanage. On her way she learns that her dying Grandfather has followed her and passed away in a neighbouring village. His personal effects, including his copy of ‘The Jungle Book’ that he always keeps with him are missing; Natalia takes a detour during her visit to retrieve them, enabling her family to render their funereal rituals in peace.

A  simple story, there is little depth to the living characters, we don’t spend much time with or get to know Natalia’s mother, grandmother or her travelling companion Zora. The contemporary story outline is a frame within which to retell stories and reflect on memories the grandfather shared with Natalia, presented as flashbacks.

However, this is where Obreht’s narrative really shines, when the deathless man appeared everything came into focus and I was hooked. The grandfather’s encounters and conversations with the deathless man are curious and engaging. We meet the equally legendary villagers of Galina where he grew up and in a fable-like manner, we learn how the background of these characters led to their subsequent behaviour and the role of the Tiger’s wife.

We encounter village rumour, superstition, stories and incidents where truth and the imagination make equal contribution to the version passed on or ‘dug up’ in the present day. The stories often feature a well-intended, admirable type such as Luka, the butcher’s son and Dariša the bear hunter, transformed by events which see their nature change, the humble youngster becoming a wife-beater, the caring turning brutal, the compassionate victimised. 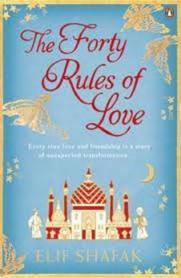 Framing stories within another story can be distracting, particularly when we have a preference for one over the other and when the narrative voice changes; it reminds me of the Rumi scholar and novelist Elif Shafak’s book ‘The Forty Rules of Love’ which I adored for the most part, the fable like story of the dervish Shams unfolds like an exotic journey; the contemporary story within which it was framed didn’t work so well, though I do recommend the book.

I hope more novelists succeed in crossing cultures and bringing into the light their stories, myths and family legends with creative inspiration.

21 thoughts on “The Tiger’s Wife by Téa Obreht”