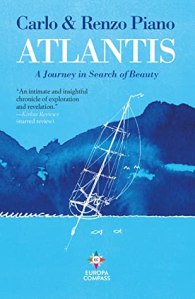 What an unexpected pleasure this was. I spent a week reading it, always looked forward to picking it up and loved the shared narrative between father and son as they travelled around the world on an Italian Navy Research ship, during 8 months.

They revisit the sites of Renzo’s architectural designs, awakening his memory of the creative process, the people he met with to understand their needs and that of the community his structures would serve.

A lifetime of work he was passionate about and given him a unique perspective and wisdom, not to mention the deep cultural immersion all those projects provided this now 80-year-old architect and father.

Renzo and Carlo set sail from Genoa one late summer day, and from the blurb, would have us believe they are :

guided by the ancestral desire felt by many explorers before them to find Atlantis, the perfect city, built to harbour a perfect society.

It is as much a conversation as a travelogue and one that takes place when 80 year old Renzo is still contemplating retirement, this revisiting of his projects and the reflection they invite, of inspiration and ideas, of listening and understanding, a quiet dissatisfaction his son will probe, and that scandal his early work (Beaubourg – the Centre Pompidou in Paris) provoked.

Sins of Youth
After the Paris adventure he spent years defending himself against people who feared they would put pipes up everywhere. Rogers suffered the same fate, a fate reserved for heretics in the Middle Ages.

“I see Beaubourg as a joyful urban machine, which inspires more than a few questions.” 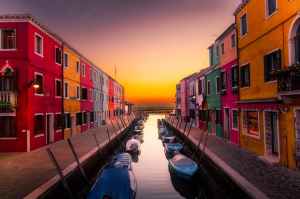 As Carlo questions and muses, he creates a narrative structure within which his father responds and reflects and by the end I can’t even say whose narrative I prefer, there is such a wonderful synergy and relation between the two, a rhythmic flow of thoughts and words.

Perhaps Carlo is able to dig deeper and pick up on certain gestures, more so than another interviewer might, because it is his father he knows so well, referring to him by many names throughout, the Explorer, the Constructor, the Measurer, the Old Man.

Does he call him the Philosopher or the Artist? I’m not sure, but it is clear to me that he is both, his subjects creativity, beauty and place.

A lover of words and speaker of three languages, he educates us in how the word beauty differs in Italian, French and  other languages, something that means good and beautiful, intrinsic in the essence of something. He reminisces with his staff on their collective purpose in a letter he writes them onboard, the day of his 80th birthday.

“The pursuit of beauty. The word is hard to articulate. As soon as you open your mouth, it flies off, like a bird of paradise. Beauty can not be caught, but we are obliged to reach for it. Beauty is not neutral; pursuing it is a political act. Building is a grand act, a gesture toward peace, the opposite of destruction.” 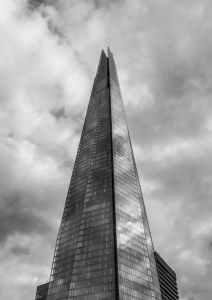 I found the entire book totally engaging, from start to finish; their journey and revisiting the building projects along the Thames and the Seine, in New Caledonia and New York, San Francisco and Osaka Bay and finally to Athens, providing just enough information and context to keep the narrative interesting and intriguing, with the addition of that element of humanity that only two people who know each other as well as these two could bring.

A light touch allows you, even at your most determined, to listen to others and seek to understand them. A heavy tread you’re better off without.
Lightness is key to understanding places, and, in that sense, an architect must inhabit the places where he works. I have been a Parisian, a Berliner, a New Yorker, a Londoner, a Kanak.

All the while remaining who I am.

I think an architect who does not recognize himself in the place he is building cannot capture its soul.

Renzo Piano Video : On the Shoulders of Giants – a wonderful, biographical interview with the Pritzker prizewinning Italian architect

Photo by Esther on Pexels.com

Anecdote/Coincidence : Upon finishing the four part series Unorthodox this week, I watched the short film ‘The Making of Unorthodox’ intrigued by the storytelling, sense of place and adept characterisation it had evoked. It is filmed in Berlin and Williamsburg, but mostly in Berlin, where the Production Designer Silke Fischer, looking for a specific architectural look and feel to extend the metaphor of freedom, found a great location at Potsdamer Platz next to the Philharmonic.

Unbeknown to me, while I was reading Atlantis, I was also immersed in a series shot on location in one of his architecturally designed buildings.

N.B. Thank you kindly to the publisher Europa Editions for sending me a copy of the book.

9 thoughts on “Atlantis, A Journey in Search of Beauty by Carlo & Renzo Piano tr. Will Schutt”