translated (from French) by Richard Philcox.

Maryse Condé is one of my favourite authors and I’ve been slowly working my way through her books since she was nominated for the Booker International Prize in 2015, back when it was held every two years, for an author’s lifetime works.

I started with vignettes from her childhood, then moved on to a novel about her grandmother whom she’d never met, then her masterpiece of historical fiction Segu, her own favourite The Story of the Cannibal Woman, A Season in Rihata and now this very Caribbean novel Crossing the Mangrove, which I absolutely loved. Links to my reviews below.

This is almost a form of noir novel; a death provides the catalyst to revealing an island society, portraying all it diversity and colour, its social good and evil – poverty, discrimination and exploitation, and rather than seek a tidy resolution of that death, it demonstrates the folly of that way of thinking, creating instead, a thought-provoking insight into a multi-layered, multi-ethnic mix of minds and bodies, in their states of love, bliss, paranoia, anxiety and confusion.

It is such a great read, I had to force myself to pause halfway in order to savour it. I can imagine rereading it, it’s such a multilayered novel, that can be read for pure entertainment value or thought about more deeply in how it attempts through exquisite storytelling and characterisation, to lay bare the complexity of such a diverse community, it’s impossible to keep up with who is who is what from where, demonstrating how farcical that is anyway and yet nearly everyone contributes to it, the labelling, the judgements, the superiority and inferiority complexes. Brilliant.

“Life’s problems are like trees. We see the trunk, we see the branches and the leaves. But we can’t see the roots, hidden deep down under the ground. And yet it’s their shape and nature and how far they dig into the slimy humus to search for water that we need to know. Then perhaps we would understand.”

Can You Cross A Mangrove?

The trigger for all of this, in a novel where every chapter takes the perspective of a different character, is the wake of a man found dead in the mangrove. No one really knew Francis Sancher but everyone had had an encounter with him and there were rumours aplenty.

“Nobody ever understands, Madame Ramsaran. Everyone is afraid of understanding. Take me, for instance. As soon as I tried to understand, to ask for an explanation for all those corpses, all that blood, they called me every name under the sun. As soon as I refused to go along with the slogans, they kept a serious eye on me. Nothing is more dangerous than a man who tries to understand.”

I don’t know about the mangroves in Guadeloupe, but recalling the mangrove swamp from a biology field trip at school, they are incredibly difficult to navigate, like a natural defence system, with spiky roots sticking up out of the water, preventing a way forward. They become a tangled array of wet and slimy roots, attracting many species of bugs, insects and critters and are found in locations where salt water and fresh water mix, a buffer between land and sea.  An apt metaphor for navigating a life, for understanding a complex society.

Stories in his Wake

We come to know more about this intriguing stranger who came to Rivière au Sel expecting to die, we learn who cultivated a desire for that to happen, who fell for his charm, a variety of voices that convey the life stories of this diverse group of villagers – young and old, men and women, siblings and parents, illiterates and intellectual elites, peasants and upper class Creoles, those who belong and those who would always be considered outsiders. 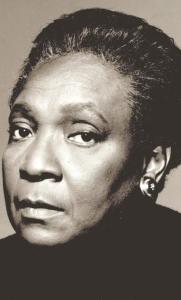 “I would say you are a man of great wisdom!” I murmured.

“Wisdom? I wouldn’t say that. Rather that I tried to untangle the skeins of life.”

The quote above reminds me of all the narratives of Maryse Condé, of her life, her research including the all important oral histories and her own insatiable appetite for “untangling the skeins of life”, presenting them to us through her essays and novels. She truly is a magical and gifted writer, and in this novel she returns to a landscape closer to home, evoking it through this collection of characters beautifully.

“Now Francis Sancher is dead. But he alone has come to an end. The rest of us are alive and continue to live as we’ve always done. Without getting along together. Without liking ourselves. Without sharing anything. The night is waging war and grappling with the shutters. Soon, however, it will surrender to the day and every rooster will crow its defeat. The banana trees, the cabins and the slopes of the mountain will gradually float to the surface of the shadows and prepare to confront the dazzling light of day. We shall greet the new face of tomorrow and I shall say to this daughter of mine:

“I gave birth to you, but I misloved you. I neglected to help you flower and you grew stunted. It’s not too late for our eyes to meet and our hands to touch. Give me your forgiveness.”

In 2018 Maryse Condé was declared the winner of the Alternative Nobel Prize for Literature.

Tales From the Heart: True Stories From My Childhood

The Story of the Cannibal Woman

9 thoughts on “Crossing the Mangrove by Maryse Condé (1995)”