Meytal Radzinski, the founder of #WITMonth, an initiative to encourage people to read more books by women that have been translated from another language, therefore promoting diversity, has asked readers to share their top 10 ten books by women writers in translation.

I initially shared mine in a thread on twitter, but since not everyone uses twitter, I thought I’d share my ten reads here as well before #WITMonth starts (August 1st) and if I can manage it, I may even share a picture of the pile of books from which I hope to read during August.

So here are my top 10 reads of books by women in translation, with links to my reviews, not in any particular order, although I have to say the first probably is my absolute favourite.

My Top 10 Books by Women in Translation

1. The Bridge of Beyond by Simone Schwartz-Bart (Guadeloupe) tr.Barbara Bray (French)

– the life of Telumee, the last in a line of proud Lougandor women on the French Antillean island of Guadeloupe. My Outstanding Read of 2016.

“a fluid, unveiling of a life, and a way of life, lived somewhere between a past that is not forgotten, that time of slavery lamented in the songs and felt in the bones, and a present that is a struggle and a joy to live, alongside nature, the landscape, the community and their traditions”

2. Tales From The Heart, True Stories From My Childhood by Maryse Condé (Guadeloupe)tr. Richard Philcox (French)

– essays of her early years in Guadeloupe, her education, and growing awareness of her ignorance of literature from the Caribbean & her own family history, when she moves to further her studies in Paris.

The ideal introduction to her many wondrous novels, including her masterpiece, the historical novel Segu and the novel of her grandmother’s life Victoire, My Mother’s Mother.

– an historical novel inspired by the author’s grandmother’s memories of exile in a Russian gulag (labour camp), published in English 100 years since the gulags first began in Russia.

The novel  follows the story of a young woman for whom exile is a kind of emancipation, freed from the tyranny of marriage, she finds a new role and skills despite the hardship, and experiences genuine love for the first time.

– Slightly surreal, nostalgic, deeply philosophic portrayal of a neighbourhood in Baghdad, of childhood and early youth lived in the shadow of war.

We are the last teardrop aboard the ship, the last smile, the last sigh, the mast footstep on its ageing pavement. We are the last people to line their eyes with its dust. We are the ones who will tell its full story. We will tell it to neighbours’ children born in foreign countries, to their grandchildren not yet born – we, the witnesses of everything that happened.

– the story of a family forced to flee Iran, a family history, a modern young woman now living in France, sits in a fertility clinic but something about her situation isn’t as it should be, she reflects on the past, while waiting to control the outcome of her present, a clash of the old and the new.

“That’s the tragedy of exile. Things, as well as people, still exist, but you have to pretend to think of them as dead.”

– an epistolary novella, a letter from a widow to her best friend, reflecting on the emotional fallout of her husband’s death, unable to detach from memories of better times, a lament.

I am not indifferent to the irreversible currents of the women’s liberation that are lashing the world. This commotion that is shaking up every aspect of our lives reveals and illustrates our abilities.
My heart rejoices every time a woman emerges from the shadows. I know that the field of our gains is unstable, the retention of conquests difficult: social constraints are ever-present, and male egoism resists.
Instruments for some, baits for others, respected or despised, often muzzled, all women have almost the same fate, which religions or unjust legislation have sealed.

– Claudine at school, in Paris, in Marriage and with her friend Annie, the unfettered, exuberant joys of teenage freedom vs the the slap in the face of an approaching adult, urban world.

“a novel that anticipates by ninety years, the contemporary fashion for wry, first-person narratives by single, thirty something career women. Its heroine examines her addictions to men with amused detachment, and flirts, alternately, with abstinence and temptation. Is there love without complete submission and loss of identity? Is freedom really worth the loneliness that pays for it? These are Colette’s abiding questions.”

– an Egyptian woman is imprisoned for killing a man, soon to be executed. Nawal El Saadawi gains permission to interview before her death. A spell-binding tale of lifelong oppression & desire to be free of it, told with compassionate sensitivity.

The idea of ‘prison’ had always exercised a special attraction for me. I often wondered what prison life was like, especially for women. Perhaps this was because I lived in a country where many prominent intellectuals around me had spent various periods of time in prison for ‘political offences’. My husband had been imprisoned for thirteen years as a ‘political detainee’.

– the Gwangju massacre in South Korea in 1980 witnessed from multiple perspectives, an attempt at understanding humanity.

At night, though, when all the grown-ups were all sitting in the kitchen and I knew I’d be safe…I crept into the main room in search of that book. I scanned every spine until finally I got to the top shelf; I still remember the moment when my gaze fell upon the mutilated face of a young woman, her features slashed through with a bayonet. Soundlessly, and without fuss, some tender thing deep inside me broke. Something that, until then, I hadn’t even realised was there.

– living behind an invisible wall, alone, with a few animals, a stream of consciousness narrative of one woman’s courageous survival, using the feminine instinct .

The Wall is a muted critique of consumerism and a delicate poem in praise of nature, a challenge to violence and patriarchy, an encomium to peace and life-giving femininity, a meditation on time, an observation on the differences and similarities between animals and humans, and a timeless minor masterpiece. 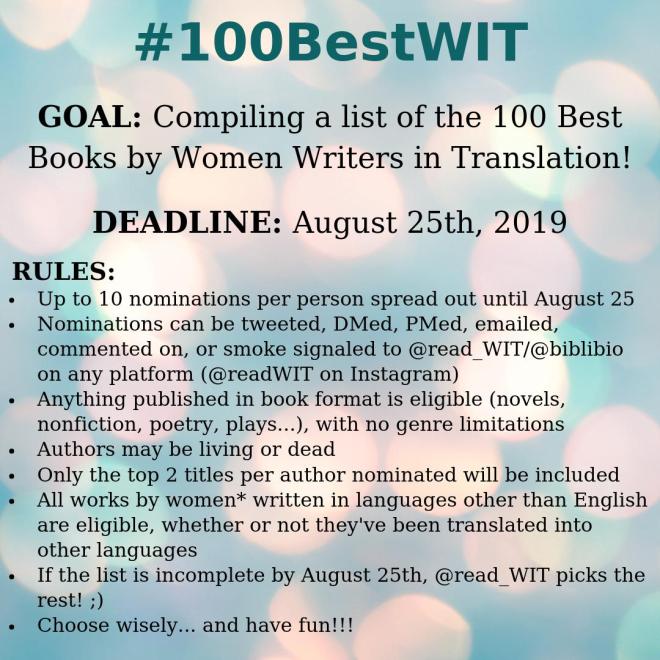