Although she recommends you start with her book of essays Tales from The Heart: True Stories from My Childhood about growing up the youngest of eight children in a black bourgeois family in Guadeloupe, Maryse Condé cited The Story of the Cannibal Woman as her personal favourite of her works at a discussion I attended at our local library last year. It was translated by her husband Richard Philcox.

It was interesting to read this novel so soon after Yewande Omotoso’s The Woman Next Door, given certain points in common, both placing a black Caribbean woman in South Africa and observing her relations with others around her, in the post-apartheid context, it made me wonder if she had been aware of Condé’s earlier work.

As The Story of the Cannibal Woman opens, we learn Rosélie is a 50-year-old recent widow, living alone, without family connections and few friends in Cape Town, South Africa, after the brutal murder of her white British husband, a retired university professor, who nipped out after midnight one evening, allegedly to buy cigarettes and never returned home.

The police suspect it wasn’t a random encounter, something Rosélie refuses initially to acknowledge, completely ignoring her husbands study, a room she rarely ever ventured into, one strangely she is even less inclined to now.

“Aren’t you going to return home?”

Home? If only I knew where home was.

Chance had it I was born in Guadeloupe. But nobody in my family is interested in me. Apart from that, I have lived in France. A man took me to Africa, then left me. Another took me to the United States, then brought me to Africa, and he too left me stranded, this time in Cape Town. Oh, I forgot I’ve also lived in Japan. That makes for a fine charade, doesn’t it? No, my country was Stephen. I shall stay wherever he is.

Left alone without an income to support her (they’d never married though fortunately the house was in both their names), and having made only half-hearted attempts to exhibit her paintings, even then via the efforts of others willing her to succeed, rather than by her own initiative, she decides to offer her services and a healer/clairvoyant.

It is through these occasional appointments with clients that she encounters different members of the local population and the variety of issues confronting them, such as the former trade unionist, who’d languished for years in prison on Robben Island, now a tourist guide for the masses wishing to see where Nelson Mandela had been interned, “revisiting his abuse and torture day after day, describing it down to the last detail to the inquisitive hordes in an endeavour to satisfy their curiosity, the poor guy was losing his head”

It is an intriguing dual mystery, the ongoing investigation and gradual uncovering of the motive behind the crime plays out at the same time as the intrigue mounts regarding the widow’s reluctance confront the truth about her husband, whose death has loosened the tongues of people close to her, they now freely express their disapproval of him and the way they perceive he treated Rosélie. She appears to be shocked by these revelations and thus retraces her memories of their lives together in London, New York, Tokyo and Cape Town.

It’s an astute medium through which to learn more of their back story, for in narrating those events Rosalie shares how she interpreted events, but the reader will create their own impression and begin to see the abyss between her perspective, Stephen’s and that of their friends.

The couple go on a safari soon after arriving in South Africa, Rosélie was terrified.

What did frighten her were the men. White men. Guides, game wardens, local visitors, foreign tourists. All wearing boots and safari hats, sporting double-barrelled guns, playing in a Western without a hint of a bison or an Indian now massacred or defeated, herded toothless into their reservations. Stephen, on the contrary loved dressing up in a bush jacket and canvas shorts in camouflage, a flask clipped to his waist and sunglasses perched on his nose.

“You don’t know how to enjoy yourself,” he reprimanded her, manly grabbing the wheel of the Land Rover.

Not her fault if she suffered from the complex of a victim and identified with those who are hunted. 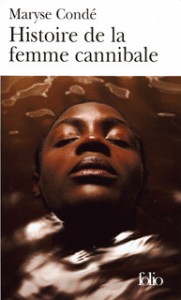 At the same time Rosalie is going through her crisis, there is a well publicised case in the newspapers of a woman named Fiela, who allegedly murdered her husband. In court she refuses to speak, the public begin to turn against her, some calling her a witch, others a cannibal. The police officer on Stephen’s case wonders aloud whether she might open up to Rosalie, as many of her patients do. Rosalie has imaginary conversations with Fiela, the one personality to whom she feels able to ask questions (albeit in her dreams), that she can not utter to anyone else:

“Fiela, you’ve settled into my thoughts and dreams. No bother at all. As discreet as an alter ego. You hide behind everything I do, invisible, like the silk lining of a doublet. You must have been like me, a solitary child, a taciturn teenager….Fiela,  what have they got against him? He has always been by my side.Thoughtful.Considerate. Patient to my moods…Fiela, he always forgave me, I who was not beyond reproach, who, I confess, had been unfaithful before.”

Although there was the allegation against Fiela, this story wasn’t about her, it is about Rosélie, so after reading I didn’t understand the reference to the cannibal woman, so I looked it up to see what its symbolic meaning was and discovered that it is related to post colonisation and the loss of cultural memory, this post colonial world inevitably leading to a sense of spiritual devastation, it has even become in television series today, a symbol of self-awakening.

Rosalie is far from her roots and her culture and took shelter with a man, who further alienated her from that, even though he was relatively kind to her. His death has forced her to confront herself.

I thought this book was brilliant, it can be read superficially as a plot driven novel, or at a deeper analytical level, by looking at an outside view of post apartheid South Africa through the eyes of a bi-cultural, biracial couple, neither of whom come from there.

It’s techniques with flashbacks to fill in the story are typical of the Caribbean style which Maryse Condé does to great effect as are the dream sequences, where her subconscious self expresses itself openly, illuminating the reader. I understand why it is her favourite, she has accomplished a grand feat of literature in this one thrilling novel.

“The author demonstrates how one’s entire sense of self gets swallowed up by trauma and its dislocating aftermath.” – New York Times

Tales From the Heart: Stories From My Childhood