In A Golden Age, the first novel in Tahmima Anam’s Bangladesh trilogy, the focus is on Rehana, the mother of Maya and Sohail and most of the book takes place from March to December 1971, during the Bangladesh War of Independence. It shows how families, neighbours, ordinary citizens coped with war, how they got involved and the effect it had on them all. 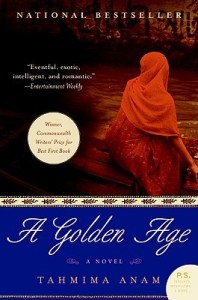 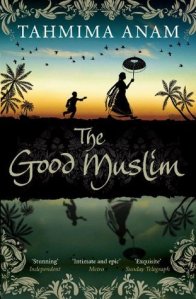 Now, in The Good Muslim it is some years after the war and Maya has just returned to Dhaka, to the family home and over the course of the novel we discover her reasons for leaving, her disenchantment with how the war has affected her brother, who is not the same person as he was before. Looking for inner peace and more of an understanding of life, he becomes religious and inaccessible to her, any attempt to influence him, futile. She resists his path and throws herself into a more active, immersive role.

It is the same family, but Rehana is more of a background figure, the home has been taken over by women wearing the burka, there are sermons on the roof and Sohail’s son Zaid runs around the place looking and acting more like the son of a servant boy (there is one scene where Maya takes him shopping for sandals and though his neglect is obvious, she is insulted when the shoeseller assumes he is the child of a house servant).

Once she had given everything for her children. Now she was in retreat from them, passively accepting whatever it was they chose to do: turning to God, running away, refusing to send their children to school. There was nothing of the struggle in her any more. 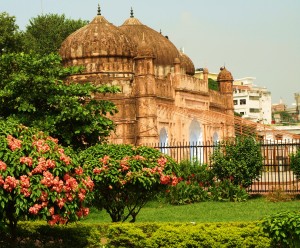 They are living in the newly independent Bangladesh, under a Dictatorship, the shadow of war hasn’t left them. There are men living among them who the population wants tried for war crimes. Then there are the young women shamed by having been made one of the spoils of war, viciously raped, many of them pregnant and unwanted, put on flights to Pakistan, banished, out of sight, out of mind.

Bangabandhu had promised to take care of the women; he had even given them a name – Birangona, heroines – and asked their husbands and fathers to welcome them home, as they would their sons. But the children, he had said he didn’t want the children of war.

Maya has become a doctor, putting her own personal life on hold, she has seen too much and doesn’t feel capable of fulfilling any other role. She helps many of these women and wonders if she would ever be capable of love.

She had told herself many times that marriage could not be for her. Or children. She saw them coming into the world every day, selfish and lonely and powerful; she watched as they devoured those around them, and then witnessed the slow sapping of their strength as the world showed itself to be far poorer than it had once promised to be. 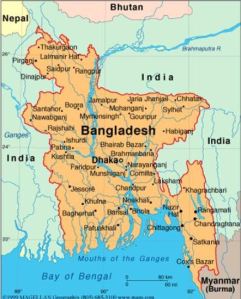 It’s a sad picture of post-war trauma and the difficulties people have in returning to family life and love after all that they have experienced.

Though an equally easy and immersive read, it’s not quite as engaging as A Golden Age, which was the novel of action, deep in the daily situation of revolution and war.

This is the novel of aftermath, a much more sombre undertaking and a reminder that even in victory, the consequences of war on families are ever-present in their lifetime.

Book One: A Golden Age

5 thoughts on “The Good Muslim (Bangladesh #2) by Tahmima Anam”