H is for Hawk and for Helen Macdonald, and her Hibernation from Humanity in coping with her father’s untimely death and her own pending transition, as her Cambridge University fellowship is coming to an end and she must soon leave the comfortable country cottage that came with it. 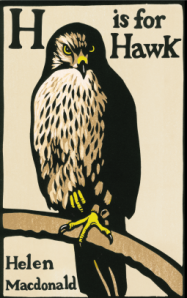 Responding to an instinctive need to escape reality she obtains a goshawk, retreats into her cottage, unplugs her telephone and focuses on training the raptor at the same time observing her own behaviour which begins to resemble the bird’s.

“The kind of madness I had was different. It was a madness designed to keep me sane. My mind struggled to build across the gap, make a new and inhabitable world. The problem was that it had nothing to work with. There was no partner, no children, no home. No nine-to-five job either. So it grabbed anything it could. It was desperate, and it read off the world wrong.”

In all her years as a falconer, she had never wanted to fly a goshawk, she feared them and comes to realise she has taken on the attitudes of those who glorified falcons, bird of nobility, of aristocracy, men of privilege, those who mocked the humble goshawk. But times and perceptions had changed, and getting to know and train a goshawk was the challenge she set for herself.

She waits on a Scottish pier for the Belfast ferry, which is transporting a man and his goshawk, soon enough she will become the owner of the bird she names Mabel.

The days pass and her focus must be with Mabel, she spurns human company, spending her free time in the company of T.H White, rereading The Goshawk, a book she had read as a child when her passion for birds was in its formative stages. White wrote about his failed attempt to train a goshawk, his account wrapped up in childhood fears and inclinations. Helen Macdonald reads around the life and writings of this man in order to understand him, as if to explain to her childhood self, why he did what he did.

“I understood why people considered it a masterpiece. For White made falconry a metaphysical battle. Like Moby-Dick or The Old Man and the Sea, The Goshawk was a literary encounter between animal and man that reached back to Puritan traditions of spiritual contest: salvation as a stake to be won in a contest against God.” 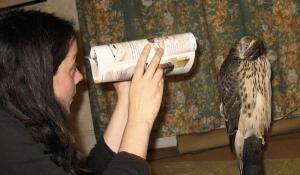 It is a fascinating and insightful read as the author shares her commitment to an obsessive need to tame the hawk and exposes her vulnerability in coping with all that she wishes to avoid. Writing about the training of a goshawk is also a way of avoiding talking about herself. We must read outside the narrative of the book to know more about Helen’s previous experience and expertise with hawks, we can tell she is no amateur, however she avoids looking back or enlightening the reader too much about her past, we are kept very much in the present, as unnerved as she is by her descent into hawk-like behaviours and instincts.

I love nature writing that stimulates the imagination, that offers more than just an observation of what the author sees, but describes the environment and what an observer brings to it, one that provokes us to think about our own relationship to birds, animals and nature. Helen Macdonald comes to her goshawk challenge with fixed ideas about the need to escape all, she sets herself up like a scientific hypothesis, begins her transformation into a hawk like creature and then slowly deconstructs it, coming back to the realisation of her own humanity.

“Hands are for other human hands to hold. They should not be reserved exclusively as perches for hawks. And the wild is not a panacea for the human soul; too much in the air can corrode it to nothing.” 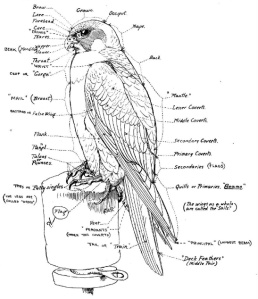 She reminds us of the place and symbolism of falconry within humanity, its association with the hunt, with death, war, power and subservience.

It is unique in being a woman’s perspective within a heritage that has long been the domain of men, nobility, landowners, gentry, medieval lords.

It is refreshingly alive, honest and knowledgeable, exhibiting how our weaknesses and our strengths advance and recede in unison as naturally as the ebb and flow of tides.

22 thoughts on “H is for Hawk, Winner of Samuel Johnson Prize, Costa Prize” 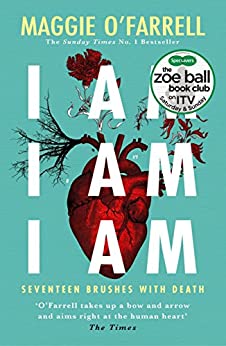 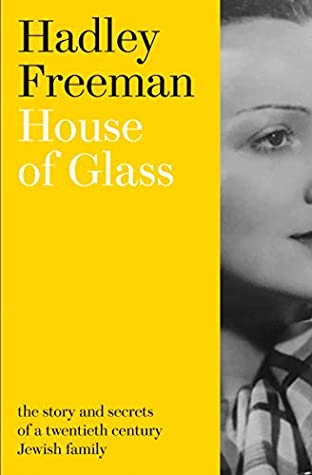 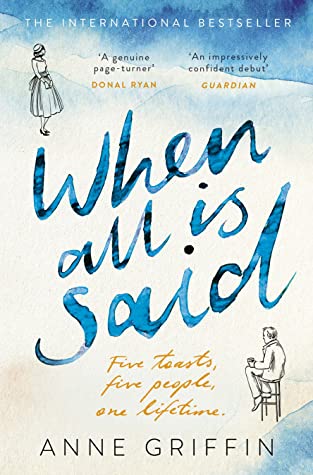 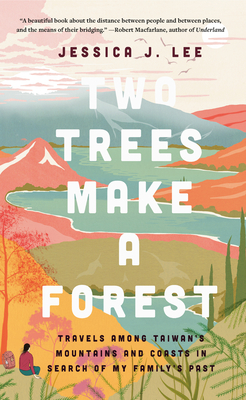