I well remember being introduced to her debut novel ‘The House of the Spirits’ in my early twenties by a good friend and discovering this wonderful story teller. We became immersed in the lives of members of a Latin American family, following it during a time of political upheaval and personal transformation and though it was far from our own reality, it was pure joy to escape into.

Whenever I came across a new book I read it, including two of her wonderful young adult books ‘City of the Beasts’ and ‘The Kingdom of the Dragon’ and who could forget the heart-breaking but beautiful ‘Paula’. I haven’t read all her books, but I will continue to read those that cross my

bookish path, just as ‘Island Beneath the Sea’ did recently, spotted on my book buddy’s shelf while feeding her son’s cat Oscar.

In this gripping novel, Allende takes us on a troubling but engaging journey to the sugar cane plantations of what was the French colony Sainte-Domingue, in one of its most historic and transformational eras during the late 1700’s and ends in New Orleans as Napolean trades terrains as if they are commodities with the Americans.

Toulouse Valmorain arrives in the colony from France where the dauphin King has just married Marie-Antoinette and few anticipate the changes to come with revolution in France or the effect that will have on this prosperous Caribbean island where slaves labour on crops that produce a third of the wealth of France and whose usefulness once they set foot on the island averages eighteen months; the fortunate dubbed the Maroons fleeing to the hills, the less fortunate en route to that place they believe all souls go, the island beneath the sea.

Knowing little of changing French laws that might change their status in the colony, many of the slaves find respite through voodoo and belief in men who escaped like the legend Macandal ‘The Black Messiah’. The Maroons will make history as they lead a slave revolt eventually resulting in the first black republic of Haiti.

Valmorain never expected to visit the family plantations but the premature death of his father and the necessity of supporting remaining family in France drive him to the colony where he must take over the family interests. Through him we meet high profile cocotte Violette Boisier, a free woman of mixed African heritage, the teenage slave Zarité, maid to Eugenia the troubled Spanish wife and her brother Sancho, Valmorain’s business partner. The story follows these characters as their fates intertwine and their lives are affected by society’s strictures and historical events.

The characters of Zarité and Violette jump off the page in a way that almost makes me wonder whether the author had her ‘favourite’ characters, we see them in situations and feel their struggles whereas I didn’t get quite the same feeling with the character of Eugenia, I found myself wondering how it really was for her as the drumbeats got inside her head and slowly drove her to madness. She wasn’t a strong character and although she suffered, we learn of it rather than experience it.

I realised towards the end that much of the novel is narrated, which also made me wonder how much longer it could have been if more of the narrative had been portrayed through the events themselves and dialogue, the characters are certainly engaging enough but at 457 pages, it is lengthy already. After being totally engaged with Josephine Bonaparte’s story beginning in another Caribbean plantation in Martinique, I could easily have been tempted by a sequel.

Allende narrates great stories and brings the reader to unforgettable settings during fascinating historic periods; she places interesting characters in this context, constructed with great clarity and insight and history comes alive as if it is the present and the reader is witness to it. For me ‘Island beneath the Sea’ was a real page turner and I was sad to finish it.

What Allende could never have anticipated while writing this book, was the major earthquake in 2010 that would disrupt this country, now known as Haiti, however it is a timely reminder of the previous chapters in the history of this trailblazing republic.

19 thoughts on “Slaves and Siblings, Sorcery and Sadness, Strength and Salvation – Isabelle Allende’s Island Beneath the Sea” 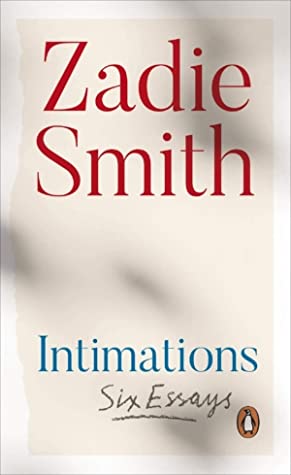