Those Who Are Lost 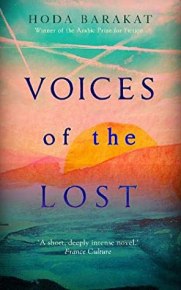 Written in three parts, this award winning novel by Lebanese author Hada Barakat, is composed of a series of six letters written in a stream of consciousness narrative that are interlinked.  The letters are read, but not by their intended recipient, found between the pages of a book, dug out of a bin or otherwise encountered. They prompt the finder to write their own letter.

They are a kind of confession, written by the marginalised, floundering in exile. The letters excavate a depth of feeling that is raw, that traverses memory, hurts, an indifferent ability to cause pain, love, sorrow, longing, an abuse of kindness, a deterioration of the psyche.

“With this novel, I wanted to really listen to those millions of wandering souls who can’t speak for themselves: migrants. Their desperation to leave their country, no matter the cost, even if they know their lives will be at stake.”

They are all experiencing deep loss having either been removed from all they’ve known or been connected to, or have been abandoned. Below, I’ve chosen a quote from each letter to give a sense of the narrative.

An undocumented immigrant writes to his former lover. He is unkind and doesn’t understand why she tolerates him. We learn that his mother put him on a train alone when he was eight or nine, effectively abandoning him, a sacrifice to gift him the education she never had. A man across from him is watching him through the window. Paranoia.

I’ve never written a letter in my life. Not a single one. There was a letter in my mind, which I brooded over for years, rewriting it in my head again and again. But I never wrote it down. After all, my mother could hardly read, and so I expect she would have taken my letter to one of the village men with enough education to read it to her. That would have been a disaster though! 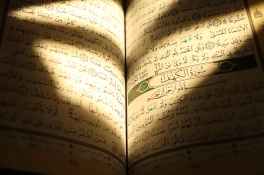 A woman in a hotel room writes to a man from her past. She finds a perplexing letter in the pages of the telephone directory in the room. She wonders whether it was the man who penned it or the woman to which he wrote who left it there and why. It was clearly unfinished. She recalls the sweet succulence of the medlar fruits they ate walking the streets of Beirut.

This sweetness has nothing to do with the act of remembering. It’s not the delicious and sweet because it is linked to the past, to the time of our youth, where nostalgia for that time gives everything we can’t bring back a more beautiful sheen. Nothing in my childhood or my adolescence has ever prompted a longing for the past, a past that seems to me more like a prison than anything else. I am not here in this room in order to return to what was, nor to see you and thus see with you the charming young woman I once was, or how lovely and robust the springtime was that year, there in my home country. That country is gone now, it is finished, toppled over and shattered like a huge glass vase, leaving only shards scattered across the ground. To attempt to bring any of this back would end only in tragedy. It could produce only a pure, unadulterated grief, an unbearable bitterness.

An escaped torturer recounts his crimes to his mother. He got the idea to write a letter from observing a woman taking some folded papers from her handbag, read them, then tear them in half and drop them in a bin. He retrieves them.

You would say I deserve all this. You might even disown me, calling me the Devil’s offspring. And if I think of my father, I’d have to admit that you have a point. Still, after all that I’ve been through, is there any point in believing that if I asked you to pardon me, you might do it?

I know you won’t, I know there’s really no hope.

A former prostitute writes to her brother. She is on a plane that had been delayed due to the arrest of a passenger. She found a crumpled up letter shoved between the seat and the wall.

I know why security took him away in handcuffs, because I have a letter in my pocket that this man wrote to his mother. He must have tried to hide it before they reached him, because it’s not the kind of letter anyone would just forget about or be careless enough to lose.

A young queer man recounts to his estranged father his partner’s battle with AIDS. He stumbles across a letter written by a woman in a storage locker at a bar he worked in. That was two years ago, recently he reread it.

I read it again and again, as if I knew that woman personally. Or as if I could actually see her in front of me, asking someone’s forgiveness but discovering she could not get it. And not just because her letter would never arrive. It’s about the need we all have for someone to listen to us, and then to decide they will pardon us no matter what we have done.

Those Who Are Searching

In this second part, brief extracts focused on those who have some connection to the letter writers, those who are trying to find their place, searching, also at a loss.

Those Who Are Left Behind

Finally, the mailman leaves his own note, sheltering in the bombed out remains of the post office.

Neither the internet nor anything else would do away with the need for my rounds, not even after internet cafés were springing up everywhere like mushrooms.

Displaced, at a loss, rootless, untethered. Like the roll of the dice they were born into a place and era where stability, home and belonging would be denied them.

Haunting, at times disturbing, it is a compelling read, the rootlessness and isolation felt by the reader, due to the manner in which the letters are written. The edge of despair palpable. It’s as if the one who stayed, surrounded by destruction, is the only one left with a sense of belonging.

Article: The Return of the NonProdigal Sons by Hoda Barakat 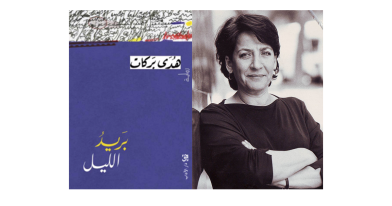 Hoda Barakat was born in Beirut in 1952. She has worked in teaching and journalism and lives in France. She has published six novels, two plays, a book of short stories and a book of memoirs, as well as contributing to books written in French. Her work has been translated into a number of languages.

Her novels include: The Stone of Laughter (1990), Disciples of Passion (1993), The Tiller of Waters (2000) which won the Naguib Mahfouz Medal for Literature, and My Master and my Lover (2004). The Kingdom of This Earth (2012) reached the IPAF longlist in 2013. In 2015, she was shortlisted for the Man Booker International Prize, given (at that time) every two years to honour a writer’s achievement in fiction. Voices of the Lost won the International Prize for Arabic Fiction ((IPAF) in 2019.

N.B. Thank you to OneWorld Publications for providing me a review copy