Although I lived in London through much of the period when the Jo Malone brand was being created and built, I can’t say I was really aware of it in its early days, not until it hit its tipping point and her trademark bags and candles started to become the beautiful gifts others in the know would offer those who didn’t shop in the more exclusive shopping areas of Chelsea and Belgravia where you often find luxury hip and boutique brands.

But Jo Malone the girl, wasn’t born into luxury. She was an ordinary girl raised in a family that struggled a bit on the good days, and a lot on the bad days, which were often brought on by her doting father’s gambling inclinations, her mother’s over-spending habit and the pressure to work long hours to keep the family afloat.

Her mother returned to the workforce as a manicurist until she was lured away by the eccentric Madame Lubatti, who would become an influential figure in Jo’s early life, an Empress of scent, whose origins we never really discover, just that she spent time in Hong Kong gathering her knowledge.

She would introduce her protegé (mother and daughter) to her laboratory of elixirs and magic ingredients and taught Jo to develop her nose and instinct allowing her to experiment and discover how to create  face mask and cream blends, until they were just right – texture, aroma, perfection – inspiring confidence in her while she was young enough not to doubt her ability to make fragrant, creamy magic.

Madame Lubatti coaxed out my love of fragrance and essentially trained my instincts…She would bring over three unlabelled bottles of different rose oils, remove the stoppers, place each one under my nose and ask:

‘What do you think that smells of?’

It impressed her that I could tell the difference between the woody muskiness of a garden rose, the clean apple-green notes of a tea rose, and the rich, regal scent of a Bulgarian rose.

She would learn other secrets of scent, of the importance of the whiteness of the room, and allowed her access to the biggest secret of her unrivalled success, a precious, well-thumbed, black leather ledger, filled with four decades if recipes. The elderly Madame Lubatti not only exposed to the secrets of her clinic and laboratory, she also took her on her visits to the homeopathic chemist for pills, powders and oils, the herbalist for herbs, waxes and dried flowers and to Marylebone High Street for chocolate marzipan at the Viennese coffee shop. She imparted to Jo her high standards, stressing ‘If you can’t do something perfectly, don’t do it at all. You must do it brilliantly!’

While she was competent in the home and at the salon where her mother worked and even accompanied her father to sell his paintings in the market during a prolonged period of unemployment, school was not any kind of refuge for Jo. Her undiagnosed dyslexia contributed to her difficulty and she would leave school without any qualifications, but quickly found one job after another through her mother’s contacts, until eventually joining up to work with her mother giving facials to clients and making home-made product to sell to them.

She would go on to attract her own clients and after a series of falling outs with her mother, would go it alone, working from a room in their small apartment, making product from her kitchen. By this time she had married Gary, a young man she met in a period when she joined a bible study class. He was the grounding stability she needed, the strategic businessman to her creative inspiration. From this point on, she rarely mentions her family, though one incident reveals something of the bitterness that existed among those who were close to them. Malone’s response to the incident is to share a little of her life philosophy:

…human nature is divided between those who thrive on, and get easily distracted by, gossip and they tend to go nowhere; and those people who know their purpose, know what they want, and won’t give weight to the chirpings of misinformed tittle-tattle because they know that such things are a waste of focus and energy.

When she really began to play around with fragrance, demand began to rise more than she could cope with, and Gary suggested they embrace the business, move it to its own premise and open a shop. Her business was beginning to overwhelm their living condition, he recognised the potential and offered to commit himself wholeheartedly it. That would be the beginning of Jo Malone, her signature brand.

From there, a whirlwind of events follow and she will partner up with a perfume house in Paris, turning her instinct into a viable, enduring product. She tried to put into words her creative process and it is fascinating when she does, for it is something that can’t be copied or cloned, it is an insight into the pure magic of creativity, of how she uses image, colour and experience to create a scent.

Those descriptions of her creative process are some of the most exciting and inspirational passages in the book; when she begins to flourish her creativity sings and reading her descriptions of being in the creative zone, of creating a scent, playing with the notes of fragrance my post-it notes were flying. I had to refrain from dog-earring pages and scribbling in the margins as the book was lent to me.

Having become interested in and immersed in the study of aromas and the energetic and therapeutic qualities of essential oils 20 years ago, I too am someone who creates aromatic oils and creams and loves nothing more than to experiment with and create a personalised magic blend for a client or friend, so I totally relate to the bliss Jo Malone felt when she’s doing her thing in a creative sense. (Me with some of my magic potions below). 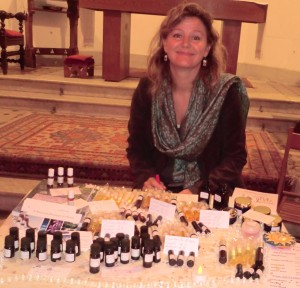 Though she had her share of fears and trepidation at entering into the unknown, her life has been scattered with signs and synchronicities that propelled her forward, to meet those who would show her the way, encourage her to take the next step, work through the challenges, admit the mistakes, learn from them and move on where possible.

I absolutely loved this book, from it’s at times heartbreaking accounts of struggle in childhood, to the discovery of her passion, the development of her creativity and the strong work ethic that carried her forward, to finding the perfect mate and the journey they would go on together.

And though she is no longer part of Jo Malone, she is where she ought to be, doing what she loves and still thinking outside the box, creating new scents and new experiences. This one, her new signature fragrance and brand was included in the front of the book, it smells divine! 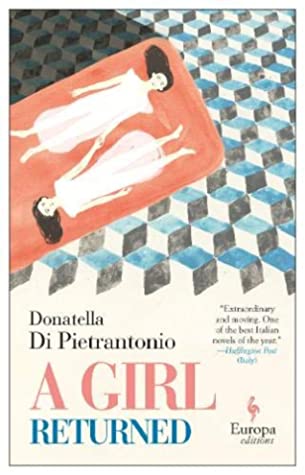