Farewell, My Orange is an immigrant story set in Australia, centering around the new life of a young African migrant, now a single mother.  Alternative chapters are in the form of letters written by her friend, a young married Asian mother, to her English teacher, and in both narratives we encounter an older European woman whom the younger women  come to know.

For the first fifty pages, I was unsure who was really in the story, I found the blurb a little disconcerting (and still do) because it didn’t seem to tie up with the names in the story I was reading, which distracted from the read. The two women use different names to refer to the same characters and one of the names in the blurb is never mentioned at all in the novel. I couldn’t figure out what the author was doing by this and actually read most of the novel thinking it was a mistake, albeit a consistent one. Of course, being a prize-winning novella, it isn’t a mistake but it was mildly annoying. The book almost needs a message to tell the reader to forget about what appear to be inconsistencies, all shall be revealed, two pages from the end.

The novella introduces Salimah, who found herself a job in the supermarket after her husband left her and her two sons as soon as they arrived in this foreign country. She attends an English class for learners of a second language where she meets a Japanese woman named Echnida who brings her small baby to class, an older Italian woman Olive, a group of young Swedish ‘nymphs’ and her teacher. She makes observations about her classmates and her own life, as she learns the language that is her entry into this foreign place.

The letters her friend writes to her English teacher reflect on details of her new life, with what seem to be the same people, except the names are different.

The woman, whose letters are signed ‘S’ has sent her manuscript entitled ‘Francesca‘ to the teacher, she thanks her for her input and updates her on her life. Following her academic husband around has meant suspending her own university studies, something the teacher encourages her to continue with. In the first letter, she expresses hope to find a teacher like her in this new town and reflects on learning a foreign language:

“While one lives in a foreign country, language’s main function is as a means of self-protection and a weapon in one’s fight with the world. You can’t fight without a weapon. But perhaps its human instinct that makes it even more imperative to somehow express oneself, convey meaning, connect with others.”

In the next letter she has found the ESL class and mentions the older woman with three grown up children itching to look after her baby and a woman she thinks might be a refugee from Sudan or Somalia, who works in a supermarket and is a single mother. Then there is her neighbour, the illiterate truckie, she reads Charlotte’s Web to him on the communal stairs while he holds the baby, an arrangement they have come to, related to the unwanted noise of another neighbour whose incessant drumming has turned them into unlikely allies.

Salimah is asked by the teacher at her son’s primary school to give a presentation on growing up in ‘her African village’, it becomes a significant project for her, that the ESL teacher and Echidna help her with. She reads to the children about her life, narrating it with the simplicity of a children’s story, an oratory that enraptures the younsters, if not the teacher.

When Salimah finished reading, the children sat in silence. The teacher frankly thought that the story was too personal to be much use for the children’s projects. But it was certainly ‘an Africa you could never learn about from the class material.’ What’s more, after hearing the story the children were extremely quiet, and young though she was, she had learned from experience that when children are truly surprised or moved they forget how to express themselves and say nothing, so she waited for them to slowly begin to talk again. 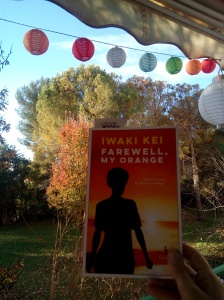 As time passes, new developments replace old situations, opportunities arise, Salimah’s son begins to be invited to play with a school friend, a pregnancy brings the three women together and it is as if they begin to create a community or family between them.

Suddenly everyone in the room was laughing. With her own bright laughter, Salimah felt a great gust of air that had long been caught in her throat come bursting forth, and was aware of something new approaching within her as she drew fresh breath.

It is a unique insight into the intersection of lives that are so foreign to each other and to the culture within which they now live, the old familiar references of little help or comfort, how new connections are slowly born without expectation and can ultimately delight. It is about the common thread of humanity that can be found, when we let go of the familiar and are open to new experiences, helping each other without judgement.

Ultimately, apart from the confusion of names that interfered with my initial reading experience, I loved this novella. After page 50 I highlighted so many pertinent passages and felt the story grow and expand as the lives of these three women did too on the page.

It gave a unique insight into the lives of women from three different cultures and countries and their experience of living in a foreign country where they didn’t have a complete handle on the language, their struggles, their independence, their initial reluctance and inability to engage.

It isn’t a novel about the new culture or interacting with its people, it’s more about their own subtle transformation and the incremental support they eventually find in other foreigners, sharing their experiences, helping each other in small ways that grow their tentative friendship and hint at a hope that perhaps they might find happiness in this place after all.

Over the period they know each other, something changes in their lives, they have the opportunity to grow a little closer and develop something of a new friendship, connection. We see how this human contact and care helps them overcome the adversity of their individual situations. It’s farewell to one shade of orange and its shadow, only to welcome another brighter one they are becoming used to.

I absolutely loved it and was reminded a little of my the experience of sitting in the French language class for immigrants, next to women from Russia, Uzbekistan, Cuba and Vietnam, women with whom it was only possible to converse in our limited French, supported by a teacher who spoke French (or Italian). So many stories, so many challenges each woman had to overcome to contend with life here, most of it unknown to any other, worn on their faces, mysteries the local population were unconcerned with. 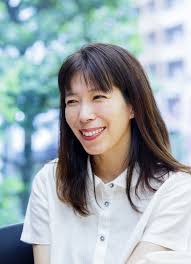 Iwaki Kei was born in Osaka. After graduating from college, she went to Australia to study English and ended up staying on, working as a Japanese tutor, an office clerk, and a translator. The country has now been her home for 20 years. Farewell, My Orange, her debut novel, won both the Dazai Osamu Prize (a Japanese literary award awarded annually to an outstanding, previously unpublished short story by an unrecognized author) and the Kenzaburō Ōe Prize (another literary award, the winning work selected solely by Ōe.).

N.B. Thank you to Europa Editions for sending me a copy of this book.