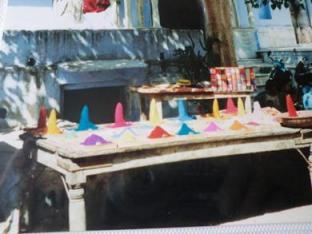 In 1996 I spent three months travelling in Asia, limiting my visit to four countries, India, Nepal, Vietnam and Thailand.

It was in Vietnam that I first travelled on my own and perhaps for this reason, it has always resonated deeply within me. It is a special place and I experienced it at a unique time, the city of Hanoi had no cars and most of its population travelled by bicycle, unlike the city of Saigon in the South full of the noise pollution of motorbikes. 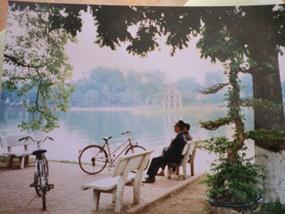 That’s not to suggest it was easy to navigate those intersections, with bicycles coming from all directions, the ring of the bicycle bell a constant stream of warning as the masses somehow managed to criss-cross in opposite directions without accident. I watched that flow for a long time before I understood and dared to join it. The trick? Do not hesitate.

While in Hanoi, I decided to read a couple of Vietnamese authors, I was interested in reading something that came from a local perspective and not from the English-speaking perspective which seemed more prominent.  A young boy in the street sold me two books, Bao Ninh’s The Sorrow of War and Dương Thu Hương’s Paradise of the Blind, the latter a story that illustrated the effect of a rigid communist ideology on a family in the wake of the land reforms of the 1950’s, as narrated by a young woman travelling to Moscow in the 1980’s.

A quote on the back written by Grace Paley, confirmed my thoughts. 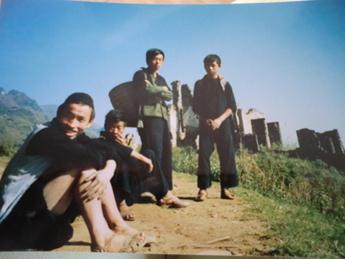 The author’s depiction of ordinary people, in both rural and urban Vietnam was compelling and the definition of terms at the back of the book, particularly of food and practical items was especially useful for me as I cycled my way around the city and out along the river, past markets and temples and saw how people lived, ate and spent their days. This book was the first Vietnamese novel published in the US (1993) I have since discovered, so no surprise that I had never come across this enlightened perspective before. 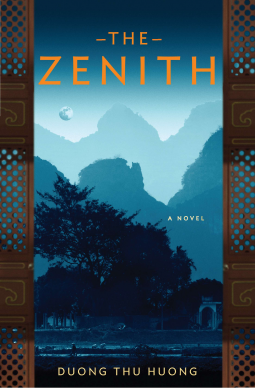 Dương Thu Hương now lives in exile in Paris and her latest novel The Zenith has recently been published. It gets off to a slow start initially, when Ho Chi Minh, the President looks back as a 70-year-old man at parts of his life with regret. He regrets the lack of contact with children that he fathered and the loss of a woman he loved, he regrets the distance that has come between himself as a man and the people he sought to represent.

Wishing to retrieve something of that contact, he attends the funeral of a woodcutter to pay his respects, only to realise the suffering his presence will have caused because of his distinguished position and the expectations that are carried with it should he grace them with his presence. He despairs at having lost sight of that which motivated him to first become involved in the revolution, to bring equality to all.

Things pick up in pace and interest when we learn more of the story of the woodcutter, his family and village, this one story perhaps seen to represent various stages in the country’s own experience of communism, both its idealistic benefits for the community and its destructive elements against the weak and innocent, when power, greed and envy are present within its leadership, turning even family members against each other. The story-telling reaches its zenith and had me totally convinced of the authenticity of the relationship between the wise sixty-something father/grandfather Mr Quang and his new 18-year-old bride Miss Ngan and relishing the way they managed the reactions of close family and their community with their provocative yet bona-fide marriage.

Of old, it was said: “Tears run downward.” So true.

“Filial love for parents can’t equal the ties of anxious love in a father’s soul for a child. Because when we love our parents we look up but when we love our children we look down. And according to the laws of heaven and earth, tears always flow downward. Especially whenever we recognise that as fathers we have done wrong. Hell itself will then open a door straight into the heart.”

It highlights the enormous gap that can grow between those who rule and have power and/or wealth and those who are trying to survive, just like the distance between rich and poor in a democratic society, similarly it exists between those who yield power and those who don’t in a communist society, trust breaking down within a community as people become increasingly desperate and open to being corrupted while others live in constant fear.

This is not a book to be read quickly, nor even understood immediately. I continue to think about what I read and what it attempted to portray about society, leadership, workers, family and the effect of power and its oft great distance from the reality of how people live, the destructiveness of jealousy and the perseverance of those who will never be compromised, who will always fight for what they perceive is good and right.

The country, its writers and message continue to allure and despite all the suffering, both past and present, there remains for me a quiet tranquility that pervades it, a steadfast patience and determination I admire.

Note: This book was an Advance Reader Copy (ARC) provided by NetGalley on behalf of the publisher.