I was eager to read The Shadow King (shortlisted for the Booker Prize 2020) to learn more about the history of the country, although perhaps if I am honest, I am more interested in the people and the culture, without reference to another culture that is trying to invade or colonise it. Ethiopia became one of only two African nations to have never been colonised, despite attempts following the Berlin Conference of 1884-5 when 14 European countries divided Africa among themselves. 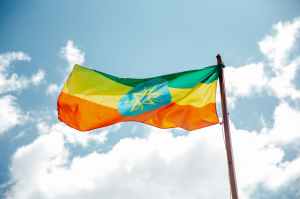 Photo by Kelly Lacy on Pexels.com

For the culture, the people and their history are so much more than the slim chapters that get all the attention, when power hungry regions and men look for prestige and/or revenge and the media (with its inevitable bias) makes everyone look. And if those nations that invade come out looking bad, or worse humiliated (especially by women), then you can be sure the stories will be buried and/or rewritten so as not to offend the innocent of their own country.

Ethiopia defeated Italian forces at the Battle of Adwa in the nineteenth century (1896), saving them from Italian colonisation, so their subsequent aggressive incursion in 1935, one that provides a framework for this novel, might be seen as revenge or an attempt to boost Italian national prestige by exercising this second attempt to assert control and join their European brothers in having a colony of their own. 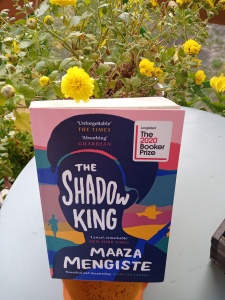 But the novel isn’t about politics, it concerns a few players and characters, who we are given glimpses of, in a style that is like a series of snapshots, a narrative that therefore has gaps and not the fluidity of a traditional story, nor enables us to really get to know too well the characters, limited as we are by this kaleidoscopic technique.

A Photo or A Thousand Words

A Woman’s Lot & What She is Capable Of

We meet orphaned Hirute, who works as a maid for a husband and wife of nobility, Aster and Kidane, brought into their family due to a promise made to her parents. A fractious relationship exists between the three of them, there is dependence, resentment, attraction, jealousy and comradeship. A heady mix. With the nation at war, and tired of waiting for Kidane to return, the women decide to participate in the fight, an inclination also connected to the gun Hirute was left by her father, one that Kidane took from her, that she is determined to retrieve and use.

One evening they listen to the radio and hear the (now) famous words of Empress Menen of Ethiopia disclosing the aggression to the World Women’s League,  appealing to all world nations:

“We all know that war destroys mankind, and in spite of differences in race, creed, and religion, women all across the world despise war because its fruit is nothing but destruction.

War kills our husbands, our brothers, and our children. It destroys our homes, and scatters our families. At this hour and in such a tragic and sad period, when aggressors are planning to bring a heavy war into our lives, we would like to bring this to the attention of all women through the world, that it is their duty to voice and express solidarity against such acts.”

Women participated in this war, not just an historical fact, but one that Mengiste discovered lay in her own family, (her great-grandmother enlisted to fight). It was a subject few talked about, and one that history books seem to have omitted, to the point where few female veterans remain, whose stories can be told. One can see how easily their experiences are relegated to myth and the author is to be commended for the 10 years of perseverance it took to bring this story to light.

Though she uses her imagination, it is historical fiction after all, this is not a fantasy or adventure, and the role these women took on and the sacrifices and risks they took in doing so, meant they were heroines not in the traditional masculine sense, but that they showed solidarity towards keeping these invaders away and presented an image of provocation and strength, one that no European army, likely had ever seen.

“I realised that the closer I looked at women, the more I began to understand the many different battles that they were fighting; the conflicts were on the battlefields, but they also happened in the military camps. Women had to contend with multi-layered violence; there is fighting as soldiers, but there is fighting as women whose bodies are imagined to be the territories for their compatriots.”

Space is also given to a conflicted soldier in the Italian army, who, while fighting under orders from his own country, learns that his own survival is under threat, when all soldiers are asked to complete a census. Though he states his religion as none, his  name makes him a target of another European aggression going on at that time. He provides a counterpoint to the aggression and his occupation as photographer, a man who sits for hours in contemplation of his subject, often under orders, is a source of both horror and soulful reflection.

Never Admit Defeat, What About Forgiveness?

In an interview, Mengiste tells of a visit to Calabria in the south of Italy for her first book (set in 1974), when a man stood and asked if he could talk to her about 1935; it was a tense and emotional moment from a man asking for forgiveness for what his father had been involved in.

Italy has not talked about this history; it’s still difficult for Italians to comprehend what they did in east Africa. A few people grumbled for him to sit down. But he was visibly shaken and emotional. He told me that his father was a pilot during the war. He said: “My father dropped poison on your people. How do I ask for your forgiveness?” And he started crying.

It was at that moment that I said to myself: “My God, this history is not done, this war that feels distant but is not distant. There’s still the question, How do we bridge this gap between us?”

The Shadow King goes some way towards bridging that gap and opens the way for more to seek answers and ask more questions and to remember that women are not a mere footnote in history, there are thousands of untold stories from the past of their endeavours.

This was a slow moving, challenging read, many may not have the patience required to read it, but I’m glad I persevered.

was born in Addis Ababa, Ethiopia in 1974. Her family fled the Ethiopian revolution when she was a child a history she explores in her first novel, one I’m looking forward to reading.  A Fulbright Scholar and professor in the MFA in Creative Writing & Literary Translation programme at Queens College, she is the author of The Shadow King and Beneath the Lion’s Gaze, named one of the Guardian’s Ten Best Contemporary African Books. Her work has appeared in the New Yorker, Granta, and the New York Times.

Guardian Interview: The Language of War is Always Masculine

8 thoughts on “The Shadow King by Maaza Mengiste”