The Last Gods of Indochine is a fascinating work of historical fiction, covering two periods of history in a dual narrative, whose links eventually become clear in a surprising and unsuspecting conclusion.

The dual narrative follows firstly the journey of a young woman recovering from her role as a volunteer in World War I, who decides in 1921 to leave England and follow in her French grandfather’s footsteps to Cambodia. Afflicted by strange dreams that seem to relate to the area she is visiting, she tries to unravel their mystery and some of the things written in her grandfather’s journals that don’t initially appear to make sense.

While Jacquie Mouhot is a fictional character, her inspiration Henri Mouhot is a real historical figure, the first French explorer to rediscover the lost city of Angkor (though it hadn’t been forgotten in the region) and the grand monuments, whose temples, carvings and structure would reveal much about life during the 800 years (802-1431 AD) that the Khmer Empire was at its heights.

In the second narrative we meet Paaku and his teenage friend in 1294 Angkor, just before the beginning of the decline of the vast Khmer Empire and civilisation, a disappearance that mystified historians for many years, how a city of over 1 million inhabitants could disappear, its monuments and infrastructure reclaimed by the jungle, covered over as if it was never there.

Even the gravestone memorial to the explorer Henri Mouhot was reclaimed by the jungle, pierced by the insistent roots of a tree, and forgotten for many years; in recent years a new path has been created to try to resurrect it as a visiting place for travellers.

Events change the destiny of these two young men, highlighting the beliefs and vulnerabilities inherent within the culture at the time, that may have contributed to its demise.

For more about my thoughts on the novel and to read the article I wrote on the Rise and Fall of the Khmer Empire, you can visit The Bookbrowse Review. 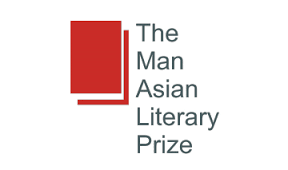 The Last Gods of Indochine was nominated for the The Man Booker Asian Literary Prize, an award that sadly, has also disappeared.

Note: This book was an ARC (Advance Reader Copy) kindly provided by the publisher for review at Bookbrowse.com

6 thoughts on “The Last Gods of Indochine by Samuel Ferrer”