Narrated from the point of view of the grand-daughter Sophie Caco, who we meet while she is living with her unmarried Aunt, Tante Atie in a village in Haiti, we enter the difficult world of being female and being raised by women, in an environment where an innocent life, a contented child can turn into a tormented adult, ravaged by recurring dreams and nightmares.

“I know old people, they have great knowledge. I have been taught  never to contradict our elders. I am the oldest child. My place is here. I am supposed to march at the head of the old woman’s coffin. I am supposed to lead her funeral procession. But even if lightning should strike me now, I will say this: I am tired. I woke up one morning and I was old myself.”

Maryse Condé’s novel Victoire: My Mother’s Mother, a book that recounts the facts as she could gather them on the life of her grandmother, helps us understand the importance of memory in the context of a historical narrative of people’s lives. I find her comments important in relation to Edwidge Danticat’s work which also harvests the ‘rich landscape of memory’.

In an interview with Megan Doll, responding to a question about how she went about researching the life of a woman who had died before she was born:

“…people will tell you that in places like the Caribbean, West Africa and so on, we have two distinct elements. We have history which is written in books about the white people — how they came to Guadeloupe, how they colonized Guadeloupe, how they became the masters of Guadeloupe — and you have memory, which is the actual facts of the people of Guadeloupe and Martinique — the way they lived, the way they suffered, the way they enjoyed life. We are trained to rely more on our memories and the memories of people around us than on books. So I interviewed people, I asked questions to everybody who knew her or knew my mother or my father. It took me about three years to write Victoire. I wanted to find the history of my immediate family but at the same time the history of Guadeloupe – a period of time that I didn’t know, which was not too distant, after all, but was distant in terms of the behaviour of the people of Guadeloupe.”

Edwidge Danticat’s novel is a tale that encompasses four generations of women, where stories are passed on, secrets are sent away and a lantern observed in the distance will tell us whether a boy or girl has been born.

“There is always a place where women live near trees that, blowing in the wind, sound like music. These women tell stories to their children both to frighten and delight them. These women, they are fluttering lanterns on the hills, fireflies in the night, the faces that loom over you and recreate the same unspeakable acts that they themselves lived through. There is always a place where nightmares are passed on  through generations like heirlooms. Where women like cardinal birds return to look at their own faces in stagnant bodies of water.”

Sophie’s mother lives in New York, she knows little about her and relates to her Aunt more as a mother figure, she doesn’t know why her mother lives far away, nor is she curious about it, but when she turns twelve her mother sends a plane ticket, it is time for her to join her.

Her mother is a care worker and initially takes her with her to work, until school begins. She presses on her daughter the importance of education, the only escape, opportunity for a girl child to have choices. Sophie witnesses her mother’s violent nightmares, a fear she can not assuage, she learns the reason for her mother’s disturbing state of mind and discovers the ways mother’s ‘test’ their daughters.

Despite a protected adolescence, Sophie falls in love, she concocts a lie to put her mother off, but suffers the torment of suspicion and decides to rebel against it.

Eventually she returns to her Aunt and grandmother, to the familiar, the women who have known her from birth, to try to make sense of things.

It is a compelling story of a family, their traditions and superstitions, their aspirations and fears, the things they accept and those they run from. It also touches on the sadness and dissociation of the immigrant from their culture and roots, that in order to attain their desire, it is necessary to give up much of their identity.

“It is really hard for the new-generation girls,” she began. “You will have to choose between the really old-fashioned Haitians and the new-generation Haitians. The old-fashioned ones are not exactly prize fruits. They make you cook plantains and rice and beans and never let you feed them lasagna. The problem with the new generation is that a lot of them have lost their sense of obligation to the family’s honour. Rather than become doctors and engineers, they want to drive taxicabs to make quick cash.”

A simple read and an extraordinary book, the lives of these characters seep into the reader, these generations of women raising their daughters alone, living with their demons of the past, trying to ensure nothing of their own suffering passes on to the next generation.

Edwidge Danticat was born in Haiti in 1969, raised by her Aunt and joined her parents in America when she was twelve. Breath, Eyes, Memory was her first novel, she has written many award-winning short stories and novels including The Farming of Bones, The Dew Breaker and her most recent Claire of the Sea Light. 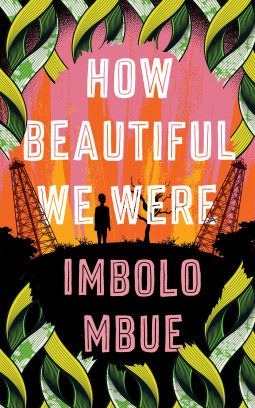 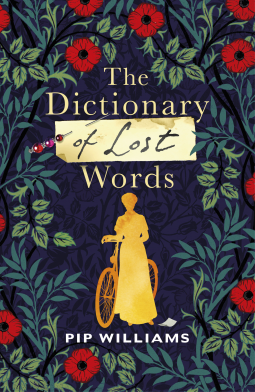 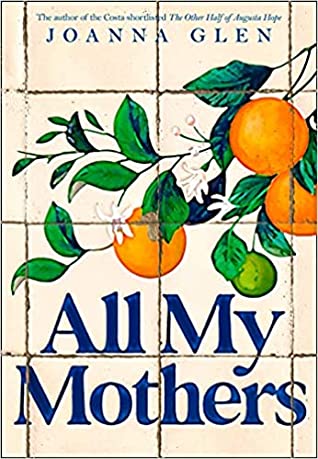