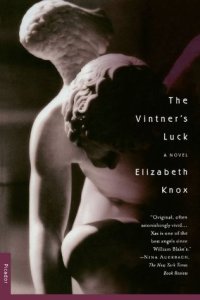 Elizabeth Knox is a well-known New Zealand author whom I first discovered via a book club I belonged to in London. We read her astonishing novel The Vintner’s Luck which provoked an animated discussion as opinions were so diverse, all agreeing we had not read anything like it before.

Since then she has published a fascinating pair of young adult novels The Dreamhunter Duet, a sequel to The Vinter’s Luck and another YA (young adult) book Mortal Fire, which I plan to read this year.

I met Elizabeth Knox when she and three other New Zealand writers visited France as part of Les Belles étrangères cultural visit some years ago and so I was delighted when she asked me a few questions recently about our local library here in Aix-en-Provence, a location that may feature in one of her upcoming adventures. So thanks Elizabeth for the copy of Wake, it certainly had me reading outside my comfort zone, but within a very familiar landscape.

Wake will be published in the UK by Little, Brown Book Group in March 2015. The book covers below show the New Zealand version on the left, illustrated by Dylan Horrocks and the pending UK version. 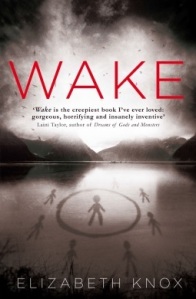 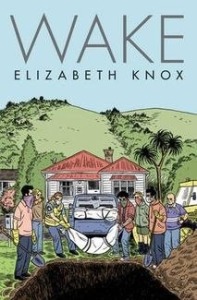 A sleepy, waterfront town in the South Island of New Zealand with a Kākāpō reserve is the setting for this macabre, sci-fi adventure, revolving around 14 survivors of an invisible, destructive and still hungry presence that has created  a kind of net outside which the survivors can not move without dire consequences.

When the presence arrives, as it does in the opening pages, death, destruction and bizarre, disgusting action follows, the kind of thing that might normally turn this reader off, however I have faith in the author, an adept mistress of storytelling, so I persevere, despite the feeling of dread as the initial pages are littered with zombie-like scenes, the kind I would never wish to see on celluloid.

The novel is narrated from the point of view of the survivors, as they learn how to stay within the threatening environment without succumbing to this invisible presence. They try to understand what has happened and what is continuing to happen, how to survive and overcome the insidious presence and whether they can trust each other.

It reads almost like a reality television show of survival, but in reverse because they remain in the town they know, only now they are its only inhabitants having no contact with the outside world and a sense of pending doom as their isolation pushes each of them toward their own mental limits.

We get to know the individual characters, thrown together seemingly at random, how their strengths and weaknesses both help and hinder the group and how as a team they attempt to survive.

With so many characters and little if any connection between them before this catastrophe, the story is as much an unveiling of character, as it is a journey toward its own conclusion. I found it a compelling read, once I got past the initial horror and enjoyed the mystery of trying to predict which characters were going to contribute to the final outcome.

There is a strong sense of place and whether it was the writing or the familiarity and ease at which I could imagine the surroundings, I found it a very visual read, I could see faces and hear the dialogue as I read almost as if I was indeed watching that version, I said I wouldn’t. Well, maybe with a cushion to hand when the creepy music starts.

It is a novel that keeps you thinking and guessing, trying to understand what the force portrayed actually is and whether it has a weak or vulnerable spot. It is made all the more complex by being invisible and the reader having no insight into what is happening in the world outside the devastated zone.

And the flightless, endangered Kākāpō? A metaphor of survival perhaps? 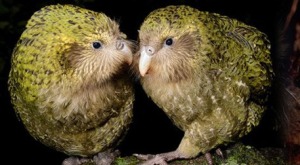 The Kākāpō, a large, flightless nocturnal bird, native to New Zealand, critically endangered, only 126 living as of March 2014

When did you last read a book that was outside your regular comfort zone? Did it surprise you?

11 thoughts on “Wake by Elizabeth Knox”