Annie was my first horse. No thoroughbred, she was what some might call an ‘old nag’, not tall enough to be called a horse, just an unexceptional, somewhat lazy pony.

Chocolate brown and rotund, she liked to spend her days grazing in the paddock getting fatter and fatter. She was slow and patient and a good pony for my sister and I to ride on, though she did have a couple of stubborn habits. Sometimes she would turn her head when we put our foot in the stirrup and try to nip us on the backside.

She also had a habit of pulling her head down quickly to eat grass if we paused for a few seconds. Knowing this, we kept a firm grip on the reins to prevent her from eating, to which she would retaliate by throwing her head forward with a sudden jerk, flinging the reins out of our hands. Sliding down her neck to rest behind her ears, the reins then became impossible to reach without dismounting. We had to climb off, lead her alongside a log to give us extra height so our feet could reach the stirrup, or find a sheep track on a steep part of the hillside so we could jump back on, hoping she didn’t move while we attempted such daredevil tactics.

Annie had been pregnant and due to give birth. We had stopped riding her and Dad had put her in a different paddock from where she was usually kept. Every day she would come up to the fence so she could see the other horses in the adjoining paddocks, until that day she stopped coming.

“That’s strange” Dad had said, “I haven’t seen Annie. Perhaps she has had her foal and moved away from the fence-line to be nearer water.” Steep limestone cliffs lay beyond the trees where the soil was damp from underground water springs. It is a dangerous area, my father later agreed, but animals have good instincts he’d said. 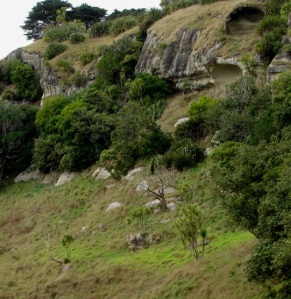 Images of water, slippery rock and a pregnant horse left me with a sick feeling in my stomach and that racing heart. A heavy black cloud descended as we waited for Dad to return from his search, one we were forbidden to participate in. He returned alone. He had found Annie lying bloated and very dead at the foot of one of the cliffs. She had been about to give birth, he said.

I wished I had gone searching for her the day before, I wished we could have anticipated the risk, I wished so hard that we could rewind those days and she would be back up at the fence-line neighing to the other horses. I did not mind that she was bad-tempered, ate too much and tried to bite us, I just wanted her back and to remove forever that terrible helpless feeling in the pit of my stomach.

I walk up to the cottage when I see the distant figures of cow, man and dog disappear out of sight behind the trees between the airstrip and the shepherd’s cottage. When I arrive, there is Daphne, fat as ever but no calf. Dad leads her to the steel gate that opens into the main paddock in front of the house. Opening the gate right back on its hinges, he sandwiches her into the space between the gate and the fence. There is no chance of her bolting.

Now that she is standing still, I can see a tiny pair of hooves emerging from the much swollen, pink, fleshy area beneath her tail. I am told she is having difficulty and seems to have given up pushing. Dad rolls up his sleeves just like he would on a lambing beat, to lend a helping hand. Literally. He puts his hand inside that swollen, pink, fleshy area and tries to get a grip further up the protruding legs to assist the calf to come out. The legs emerge a little further but nothing more.

“It’s a big calf alright” he says as he tries again, “but she doesn’t wanna budge.” I walk to the corner where the gate meets the fence to check out Daphne’s face. She has an angry look, I struggle to find any glimmer of recognition in those big frowning, brown eyes.

She is flicking her tail down the other end, back and forth like a fly swat. It is easy to see she is not impressed with her captivity or the interference with her private cow parts. She will get used to it though, this is to become a familiar setting, to be locked in a tight holding area while my father sits on his small wooden stool in front of her hind leg to commence with the ritual morning teat pulling,  ‘milking the house-cow’ as we say.

After a few more attempts at hand assisted birth, Dad comes up with the idea to tie a rope around the calf’s ankles and pull it out. He knows he must be careful not to pull too quickly, as this could endanger Daphne’s reproductive equipment. He must be careful in case those contracting muscles suddenly give way, that could land him and the calf on the ground with a heavy thump, another scenario he wishes to avoid. He pulls as carefully and as strongly as he dares, but still nothing more than the front legs emerge. Daphne is beginning to protest. She starts to bellow loudly and tries to sit down. She has had enough.

“Get up you old bitch” Dad bellows back, thumping his hand on her rump. I cast him my own angry look but keep silent. I know she has to stay standing and the calf has to get out, we could lose them both if she gives up.

“Come on Daphne, you can do it” I say under my breath, just like I did two years ago while leading her around the obstacle course at the agricultural calf club day at school.

Finally Dad announces that he is going to get the tractor. The tractor! What is he going to do with the tractor?

He comes back with his old Massey Ferguson tractor and parks it in front of Daphne’s rear end. He ties the rope to the tractor, puts it in its lowest gear and very slowly inches it forward until the head of the calf emerges, followed by a loud bellow from Daphne.

Leaving the tractor running in neutral, he pulls on the hand brake, jumps out of the seat and returns to the calf just in time to catch it as it makes its first tumble into the outside world.

The calf is covered in a light, greasy film and as Dad moves the tractor away, I close the gate to let Daphne move from her confined position. She immediately turns around, puts her head down, sniffs her new-born calf and begins licking it.

The calf puts its front legs forward and tries to lift itself off the ground. The first attempt is unsuccessful; he is a little unsteady on his feet. But with the second attempt he manages to stand and begins to butt at his mother, searching for that universal elixir of life, ‘mother’s milk’. 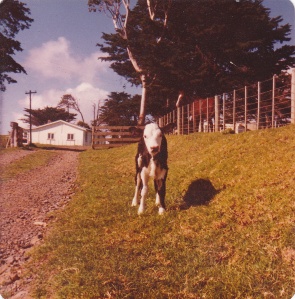 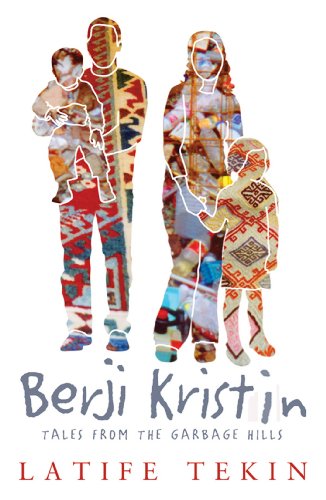