After spending a few months with me in London some years ago, a very good friend was about to return to New Zealand and was making some major changes in her life, both personal and in her career. She wasn’t entirely sure what job she wanted to do, but knew it would be in the great outdoors. She loved to travel and she loved nature. I organised a subscription to Wanderlust Travel magazine for her, an inspiration of amazing photography, fabulous ideas for out-of-the-way places to visit and best of all, a link to exciting jobs for those who love to travel across cultures, to be outdoors and meet people.

Life on the Milford Track

She completed a diploma, training in the skills required to become an outdoor guide and now works for the Department of Conversation as a guide on the Milford Track, this last season she was based in a lodge, only accessible by helicopter or a few days walk in. She is now living her dream job and it is indeed just like those jobs offered in the pages of that inspiring magazine.

Fast forward a few years and I come across a book called Wanderlust : A History of Walking by Rebecca Solnit. I was interested in it, though stronger was the feeling that I should send it into that remote wilderness to my friend, it seemed to describe where she had arrived at. So I did. I then forgot about the book until I saw the name Rebecca Solnit come up recently on NetGalley, she had a new book coming out The Faraway Nearby. Here is the book I will read I thought and requested it.

Some weeks later while in London one Saturday, I discovered The London Literature Festival was on and at 3.30pm, I could attend a talk by Rebecca Solnit speaking about her book The Faraway Nearby. Serendipity? I bought a ticket, a hardback copy of her book and went to listen to the author, curious, though I had never read a word of her writing.

The book is good, but Rebecca Solnit’s ability to captivate an audience is spectacular. I’m almost sorry to admit it, but the live version was even better than the passive written version, which I really enjoyed, the reading experience enhanced significantly by the additional anecdotes and philosophical meanderings of Solnit in person, as she spoke without pause, the voice of a poet.

The talk was hosted by the literary critic Alex Clark, who suggested that the media coined her book not a memoir, but an anti-memoir. Part anti-memoir and part matremoir, it starts with her recounting the gift of 100 pounds of apricots from her mother, one of the few gifts she ever received from her mother and not disconnected from the fact that her mother is undergoing something of a personality change since her Alzheimer’s diagnosis. She lays them out on her bedroom floor, wanting to appreciate their abundance, but instead embraces a soon to be dissected anxiety.

“The fruit on my floor made me start to read fairy tales again. They are full of overwhelming piles and heaps that need to be contended with, the roomful of straw the poor girl in Rumpelstiltskin needs to spin into gold overnight, the thousand pearls scattered in the forest moss the youngest son needs to gather in order to win the princess, the mountain of sand to be moved by teaspoon. The heaps are only a subset of the category of impossible tasks that included quests, such as gathering a feather from the tail of the firebird who loves at the end of the world, riddles, and facing overwhelming adversaries.” 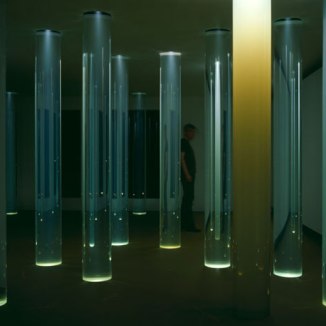 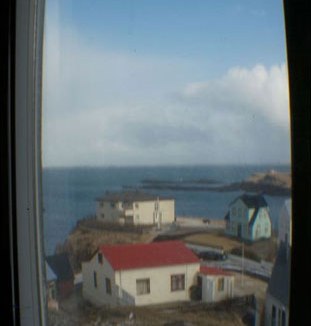 Nature essays, how stories create the narrative of our lives, philosophical meanderings, her chapters weave in and out of many subjects, flitting here and there, as she recounts pieces of a year that passed whilst her mother was regressing. She contemplates and then makes an escape to Iceland, mentions friendships and her passion for visual art, the occasional Buddhist legend, Frankenstein, Mary Shelley and her mother Mary Wollstonecraft, pain and leprosy likening her narrative to a Russian matryoshka doll, even going so far as to repeat chapter names in reverse, once she arrives at the hard core (the doll that has no doll).

“My story is a variation on one I’ve heard from many women over the years, of the mother who gave herself away to everyone or someone and then tried to get herself back from a daughter.”

There are many anecdotes, insights and great lines throughout the narrative, however Solnit stops short of going too deep into her subject, she observes the apricots and watches how they change, just as she does her mother, but stops short of looking too deep into the past, of really describing their relationship and how they were with each other, it is implied, not described.

I understand this reluctance, for that percentage of women out there who had the kind of relationship with their mother that Solnit did, there will be many nods of the head in recognition of what she says without having to go into detail. For the rest, it may seem superficial or even harsh, but they are the words of a mature 58-year-old women, who admits:

“If I had written about her earlier, the story would have had the aura of the courtroom, for I had been raised on the logic of argument and fact and being right, rather than the leap beyond that might be love.”

At the end of the talk, a few people asked questions and at the last minute, but too late I put up my hand, my question deemed to remain silent. Or so I thought. As everyone left the Purcell Room, a woman called Helena sitting next to me who was also visiting from the country for the day, asked me what I had been going to ask. And so I told her – and had a delightful conversation, just as interesting as it might have been, had I asked the author.

The question I wanted to ask was:

Did she believe that a challenging relationship could be a gift, that it could bring her something that she may not otherwise have developed in herself, had it been otherwise?

I suspect the answer is yes, that these relationships do give people something that can be used proactively, if self-awareness is developed to prevent regressing into the negative aspects or effects of those childhood and adulthood experiences. She may not have been able to fix her mother, but it may not be a coincidence that Rebecca Solnit is outspoken and active in terms of her support of nature, the environment, politics and art.

“I didn’t have much sympathy either; it was not that I refused to give it, but that there was none in my equipment yet, perhaps because I had experienced so little of it.”

Note: This book was an Advance Reader Copy provided by the publisher via NetGalley.

25 thoughts on “The Faraway Nearby by Rebecca Solnit”