Elisabeth De Waal was a poet, writer and the first women to gain a doctorate from the University of Vienna in 1923. Born in 1899 in Vienna, she was the eldest child of Viktor von Ephrussi and Baronness Emmy Schey von Kormola, her father and uncle sent from Odessa 30 years before, one to Paris the other to Vienna to create the family banking empire.

The Hare With the Amber Eyes Connection

We may not have known of her, were it not for her grandson Edmund De Waal, the ceramist, who inherited 264 Japanese netsuke, and decided to share the story of the passage of these miniature artisan objects in his excellent The Hare With Amber Eyes, which I read earlier this year and adored – a 5 star read for me.

He traced his family history through the voyages and resting places of those well-travelled netsuke, one of the more significant journey’s being his grandmother’s return visit to Vienna after the second world war, her return from exile, where she was able to reclaim the netsuke (and sadly little else) thanks to an amazing story of courage by the family’s maid. 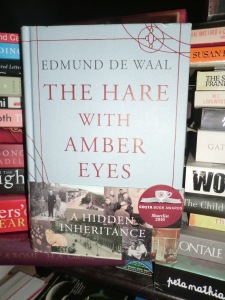 His father handed over the yellowing typescript along with school reports, essays, letters and a few diary entries, the things that had mattered to Elisabeth De Waal, that remarkably survived into the 21st century.

It was from this return journey that her inspiration came to write this novel, The Exiles Return where we enter the lives of three exiles, a Jewish laboratory professor, a Greek property developer and Resi, the daughter of a Viennese princess, who though born in America, seems ill-fitted to fulfill family ambitions, so spends a summer with her Aunt and cousins in Austria, a return to her roots.

Fifteen years after escape into exile Professor Adler returns to Vienna, Austria leaving behind a prestigious job and a reluctant, successful wife and daughter who have adapted to their New York life beyond the point of wanting to return, her financial independence empowering her with the will to resist him.

With a mix of hope and trepidation, Professor Adler fears what he might find yet desires to somehow recreate a still familiar past, to be back where he felt he belonged and re-establish a life. He looks up old friends and seeks reinstatement at the laboratory where he once worked, encountering that which looks familiar, though unavoidably changed by the past.

“They could exchange nothing but exclamations, well-worn phrases, just to express, however haltingly, feelings too deep for words.”

Theophil Kanakis, descendant of a wealthy Greek family has returned to Vienna with the confidence and arrogance that plentiful money bring. He no longer desires financial success, he seeks pleasure and indulgence and the subtle manipulations inherent in ensuring he attains what he yearns for.

Once he is re-established in the manner he wishes, he begins to issue invitations to a widening circle of friends and through his friendship with the gallant pauper, Prince Bimbo Grein, a younger set begins to frequent his salons which he encourages, the setting in which all the characters in the novel are in some way connected.

In the scene where Kanakis seeks an audience with an Estate Agent and comments and his gaze alights on two dark, heavily framed pictures hanging on the wall, we obtain a glimpse into what it may have been like for Elisabeth De Waal to encounter appropriated chattels.

“They are in no way outstanding or really valuable – a minor nineteenth century artist. I just thought they furnished the room, gave it a certain cachet, within the limits of what I could afford. They did in fact belong to an acquaintance of your family, Baron E_. You might possibly have seen them at his house. Baron E_ unfortunately died abroad, in England, I believe. His heirs, after they had recovered what could be traced of his property, had it all sold at auction; having no use for this old-fashioned stuff in their modern homes, I suppose. I acquired the pictures quite openly, publicly and legally, you understand.”

None of the characters seem to be based directly on the experience of Elisabeth De Waal, who was shocked and saddened by what she found when she returned to Vienna, but there is little doubt that the story she has written was influenced by that return journey as she captured the experiences of her three protagonists.

I really enjoyed the book and wanted to know even more in particular of the experience of Professor Adler, perhaps the closest to how Elisabeth De Waal may have felt. It is a novel that is appreciated all the more for understanding the life of the author herself, and I enjoyed it having read Edmund De Waal’s history of the family and imagining what Elisabeth may herself have experienced. For the period in which it was written, I find it compelling and modern literature.

Not like The Hare With Amber Eyes, but an important part of that story and an excellent companion novel; what a privilege that we now have the opportunity to read her work and that she is finally receiving the recognition she so deserves as a writer. 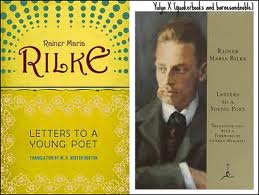 So now, what about that correspondence with Rainer Maria Rilke? Might there be a book in that? A sequel, Letters to a Young Female Poet perhaps?

“If your daily life seems poor, do not blame it; blame yourself, tell yourself that you are not poet enough to call forth its riches; for to the creator there is no poverty and no poor indifferent place.”

Note: This book was kindly provided by the publisher, Persephone Books.