When I was gifted my kindle by my kind, book-loving Aunt,  Aminatta Forna’s The Memory of Love was one of the preloaded titles I looked forward to reading. 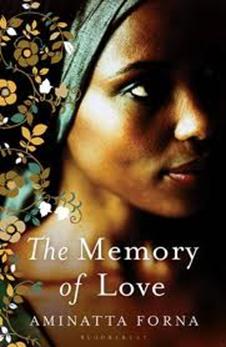 Aminatta Forna was born in Scotland and raised in Sierra Leone, the country where most of this story takes place. She is the daughter of a former Sierra Leonean cabinet minister and dissident, murdered by the state in 1975. She has written the story of three men, whose lives intersect briefly, and who come into contact with each other at the Freetown Central Hospital.

Dr Adrian Lockhart, recently arrived from London has responded to a request to an overseas posting for a government-sponsored psychologist specialising in PTSD (post-traumatic stress disorder), his thoughts and actions suggesting he may be in the midst of a midlife crisis, needing some distance from his life to see it for what it really is. Life in Sierra Leone may allow but doesn’t appreciate such self-centred indulgences and Dr Kai Mansaray, a young local surgeon gives him an honest portrayal of just how people like him are perceived, lacking sufficient equanimity to see it for himself. Despite the frankness, the two become friends and seek out each other’s company with increasing frequency.

Both men experience love and its aftermath, its vulnerability, its brief joy, its destruction and the memory of it, as if it were real, even when it no longer exists.

For death takes everything, leaves behind no possibilities, save one – which is to remember. He cannot believe with what intensity one can continue to love a person who is dead. Only fools, he believes, think that love is for the living alone.

In addition to his post at the hospital, Adrian helps out at the mental hospital and recognises Agnes, one of his former patients (one visit patients – they visit once and never return).

The people his colleagues sent to him were outpatients mostly, the ones with whom the doctors could find nothing wrong. And afterwards each of his new patients made the same request for medicines, to which Adrian explained he was not that sort of doctor. A nod of acceptance, rather than understanding. None of them ever returned.

Agnes is discharged before Adrian sees her and he becomes intent on trying to resolve the cause of her illness, a fugue, or temporary amnesia, and in doing so he will come too close to the sick, ugliness of the country’s past conflict where sometimes amnesia may be the only respite one has from a brutal reality.

We also meet Professor Elias Cole, an old history professor who taught at Freetown university before and after the 1969 coup, his position afterwards, somewhat elevated than it was previously. He has an obsessive fixation on Saffia, the wife of another Professor, whom he befriends and becomes caught up with unknowingly, leading to an interrogation and a spell in prison, which will change both their lives. He encounters Adrian in the hospital, near the end of his life, seeking an audience to share his story before it is too late. Adrian listens and realises there is more to Professor Cole’s story than he is letting on.

This is a multi-layered story that reveals itself with each encounter, that hints at the traumatic events and psychological destruction of a nation, depicting the constant struggle for survival in a post-war era and the love it’s citizens have for their country despite the difficulties and horrors of the past. There is sacrifice in staying and pain in leaving; there is no real escape, both will suffer, albeit in different ways. 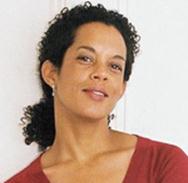 I really enjoyed this book, it was a pleasure to read and consider its characters and what they represented, I loved it for the questions it posed in the mind of the reader, leaving us to come to our own conclusions, for every question could have had an equally valid, if opposite answer, such is life and the characters who inhabit our own reality, there are those who will stand up even it means they will be sacrificed and those who will remain quiet and flourish.

It is as if there are no answers, there are just the decisions we make, that both we and the generations that follow then need to live with and understand.

I recommend listening to this powerful discussion between the BBC’s Bola Masuor and Aminatta Forna on the BBC World Service talking about both The Memory of Love and The Devil that Danced on the Water, the book she wrote about her search for the truth of her father’s fate after he was seized by secret police and later killed.

When you do nothing, what do your children inherit?

The plain fact of the matter is that any group will remain potentially conscienceless and evil until such a time as each and every individual holds himself or herself directly responsible for the behaviour of the whole group – the organism of which he or she is part. We have not yet begun to arrive at that point. – from the work of M. Scott Peck, People of the Lie

Buy The Memory of Love via Book Depository

22 thoughts on “The Memory of Love by Aminatta Forna”