From Refugee to Olympian, My Story of Rescue, Hope and Triumph 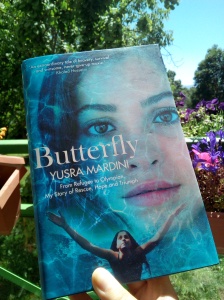 Yusra is the middle sister of three daughters living with their parents in Damascus. Their father is a swimming coach, obsessed with training his two eldest girls to excel. Being in the pool is one of their first memories and being pushed to succeed an ordinary part of childhood, as habitual as their going to school.

Not everyone in the community approves of the girls swimming, it clashes with tradition, despite the diversity that exists.

A lot of people don’t understand about us swimming. They don’t see the hard work and dedication it takes us to swim. They just see the swimsuit. Neighbours and parents of kids at our school tell Mum they don’t approve. Some say wearing a swimsuit past a certain age is inappropriate for a young girl. Mum ignores them. The summer I’m nine, Mum even decides to learn to swim herself.

Nothing gets in the way of the girls training, even when they don’t feel like it or have an injury, it’s clear their Dad is a disciplinarian and is instilling strength and resilience in his daughters, while their mother is there watching, waiting and supporting them all the way through.

When Yusra is six they watch they watch the finals of the Athens 2004 Olympic Games on television. It’s the 100m men’s butterfly and their Dad tells them to watch lane four. It’s the American Michael Phelps. It’s a defining moment for the Yusra.

I never chose to be a swimmer. But from that moment on I’m hooked. My gut burns with ambition. I clench my fists. I no longer care what it takes. I’ll follow Phelps to the top. To the Olympics. To gold. Or die trying.

Though she is in the background of Yusra’s story, I find the mother’s quiet strength and nurturing of significance in the story. Both her own personal development and her continuity in being there for the girls.

Photo by Heart Rules on Pexels.com

Following a terrible scene where her elder sister Sara is having her shoulders stretched and her collar-bone is broken, the doctor insists she rests. Her father is displeased, while her mother tries to help.

Since learning to swim she’s been teaching water aerobics at a hot springs spa south of Damascus, close to the city of Daraa. She’s branched out into massage therapy and tries her new skills out on Sara’s shoulders.

As the political situation in Syria deteriorates, it becomes dangerous for them to return to their home, culminating in one evening when they return from visiting family to find tanks at either end of their street. A soldier holding his assault rifle in the air tells him to take his family and leave.

‘Then get us out of here at least,’ says Mum, her voice choked with panicked tears.

He drives them some distance away, then sets off on foot alone to return to their home,  a mistake, though he won’t learn his lesson yet. They are forced to abandon their home and stay with family, until they find another apartment in a quieter part of town.

Though they continue at school and in the pool, people are beginning to leave. Their father is offered a coaching job in Jordan and departs, alone, sending his salary to them regularly.

One by one, friends and neighbours drift away. Groups of siblings, whole friendship groups, families disappear.  The majority leave for Lebanon or Turkey and then overstay their tourist visas. Some of them end up in Europe. Most of the boys my age are either planning to leave or have already gone. Once guys hit eighteen, they’re eligible for compulsory military service in the army. Only students and men without brothers are exempt. In normal times, its just a fact of Syrian life. But now there’s no doubt: going into the army means kill or be killed.

Yusra turns seventeen, her sister has quit swimming and for a period she does as well, without her father there fighting in her corner, she loses some of her will, until she meets her friends again and decides to return. But when a bomb falls on the building, everything changes.

Sara announces she is leaving, and Yusra will go with her. They will send for their mother and younger sister when they arrive in Europe. They are heading for Germany and will have to take a small boat from Turkey across to Greece, paying smugglers at various places along the way.

It’s a fraught journey, the boat crossing particularly, an overloaded vessel that looks like it won’t make it, that forces the sisters into the water for hours to lighten the load to prevent it sinking. The sea is a danger, but there will be more worrying experiences ahead as they attempt to cross hostile borders and find accommodation in some countries  that refuse to rent rooms to Syrians.

It’s not until they arrive safely in Berlin that it begins to dawn on them, the immensity of what they have been through. Once settled in the refugee camp and as they begin their asylum process, Yusra finds a pool to train in and opportunities open up for her and Sara, and soon she is on track to attain that childhood dream, though not in the manner she expected, there remain hurdles to confront. And the trauma of others which they’re seeing daily on their Facebook timelines continues, lessening any joy they might feel.

When she is struggling to accept the offer of being part of the newly formed Refugee Olympic Team, it is her father who reminds her that it isn’t always about the swimming.

‘Very few Syrians get this chance to speak up,’ he says.  ‘You can be their voice. You know a big part of their story because you’ve been through it too. It’s an opportunity for all of us to be heard.’

It’s an incredible story of a young woman and her family, who becomes something of a reluctant heroine and inspiration for young people from the region and for refugees everywhere. It’s very honest, she shares her struggles in accepting the role and opportunity she is given, while being grateful to those who’ve welcomed, helped and made it possible, all the while aware of the continued struggles and horrors being faced by those who couldn’t leave or died trying. 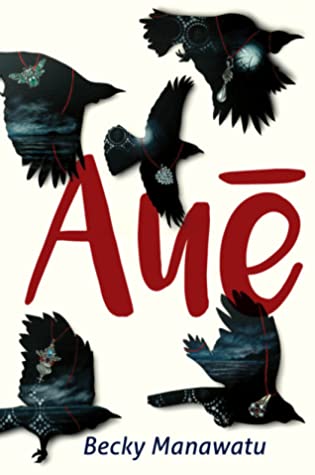