“I have felt for years that there was much more to say about the psychic distance between west and east and those who tried to make that journey in the 19th century.” Rose Tremain

Set in late 1800’s Ireland, Bath, London and Borneo, this is the story of a community of people whose lives intersect in the town of Bath, a dual narrative of events concerning those who live there and the efforts of two men in Borneo with ambitions slightly at cross purposes.

As I reread Tremain’s quote above, and wonder about the journey’s taken by some of the characters, I realise the irony too in the different paths of what a journey west to east meant. For an ambitious woman travelled from Ireland to England and a man from England to Southeast Asia’s Malay archipalego.

The novel opens with the ambitious young woman Clorinda, who travels west to east, from Ireland to Bath, and after some months of work realising she is unlikely to raise her status to where she strives, she sells her family inheritance, a necklace of rubies, to purchase rooms she turns into a salon de thé, where society can mix and gather and she can listen and observe.

One afternoon she observes a couple in earnest conversation, until the young woman abruptly gets up to leave, having taken neither her tea or cake. 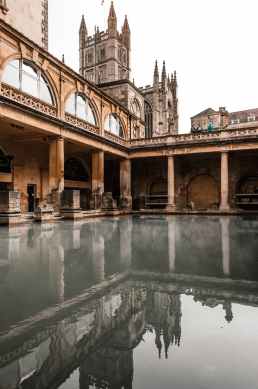 Photo by Rachel Claire on Pexels.com

The young woman Jane, referred to by locals as ‘Angel of the Baths’ is the daughter of the esteemed Doctor Adeane and known for her therapeutic treatments and hands on healing that relieve the aches of the body, the pains of their souls, her voice of encouragement leading them to bathe in the waters of Bath.

The young man is Valentine Ross, also a Doctor, who works for her father. His brother, inspired by Darwin and passionate about nature, is on an expedition and has just arrived where the second part of the narrative takes place, seeking refuge with an Englishman Sir Ralph Savage, referred to as Rajah Sir on the island of Borneo, where he has gifted a parcel of land in return for favours to the Sultan of Brunei, built himself an impressive mansion and is infatuated by a local man Leon, who harbours ambitions of his own.

After this encounter with Valentine, Jane goes to London to spend time with her childless, unmarried, financially independent Aunt Emmilene, an artist. She is like a mother to Jane and it is during this visit that Jane discovers more of the essence of who she is, an aspect captured by her Aunt in a portrait she sits for. The events that unfold create a significant dilemma for Jane, that she must navigate.

The world, Jane already knew, reeked horribly of old, exhausted things. Day could follow day without a single original or exciting moment stirring her pulse. But now Aunt Emmeline – by far the most exceptional and independent person the Adeane family – was going to reveal something new. 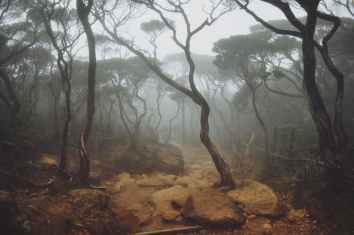 Photo by Iqx Azmi on Pexels.com

Sir Ralph is intent on improving what the Creator has given him telling his lover that he wished to go down in history as one who had ‘enabled happiness’. Leon advises him to begin by building a road.

The narrative in Borneo centres on the men and the colonial struggle, whether it’s to create manors and roads and capitalist ventures or chasing butterflies and being distracted by ruined goldmines. Regardless of their pursuits, there are warnings embedded in their endeavours and the risk of danger to those who are ignorant of the environment within which they operate.

At a certain point while reading, when I thought of all the female characters, and realised how strongly independent all of them were, and looked at the relationships they had to the men around them, I wondered if this novel was actually satire. For most of the yearning and longing is done by the male characters, the female characters are all strong and given the era and location, none of them sit around in parlours pining for suitors, they’re too busy creating their lives, working and supporting each other.

It highlights some of the issues of that era, but does so with a cast of characters that are not stereotypical, which makes it all the more interesting to read, because it defies expectation and presents an alternate scenario by focusing on those who defy convention, transgressing this straight-laced, Victorian society daring to live in ways outside mainstream society and getting away with it.

One of the more shocking historical revelations was the mention of the Private Member’s Bill entitled the Married Woman’s Property Act, a measure to address and reverse the fact that though an unmarried woman could inherit, by law, as soon as she married any property automatically was transferred to her husband.

At one point there is a conversation between Jane and her friends in London, where they discuss literature, a french author’s novel is set in a morgue and asks a lot of the reader, not least a strong stomach, they note there is nothing like it in England.

The French and the Russians are the only writers who follow a dark road like this one. Because they have no fear of scandal, no fear of fear. They show human life in all its difficulty. And they know that readers are wolves.
‘Wolves? I have never thought of them like that. Do you think Miss Austen’s readers are wolfish?
‘Yes, Even they. They tear at the flesh of her stories. They love to see the wicked punished or humiliated. Do we not gloat when Fanny Price rejects Henry Crawford in Mansfield Park?

It was an enjoyable read, albeit at times perplexing, because I kept asking myself questions about what the author was doing, when I realised and read more closely the difference in attitudes and dialogue of the male versus female characters. It had this daring and thought provoking intention, that didn’t quite come off in its execution, so there many moments of reader satisfaction. In a brilliant review in the FT, Natalie Whittle describes it exactly:

“In Islands of Mercy, Rose Tremain seizes the traditional image of a cautiously celibate Victorian England and blasts it with a suite of women for whom transgression leads neither to emancipation nor to damnation. Her female characters live spontaneously, sometimes dangerously, but they are not alone in making spirited sexual choices. And, in an act of pleasing literary reversal, it is a “fallen” man who leaves the country in desperate exile. These are the strengths of what is otherwise a problematic narrative, split neatly but strangely into two streams, one in Bath and the other in Borneo.” Natalie Whittle, FT

Review: by Lisa at ANZLitLovers