In my recent absence, six translated novels have been shortlisted for the International Booker Prize including book from six languages: Korean, Norwegian, Japanese, Spanish, Hindi and Polish.

Wildly original works of literature that will captivate readers, this year’s shortlisted books all explore trauma, whether on an individual or societal level. 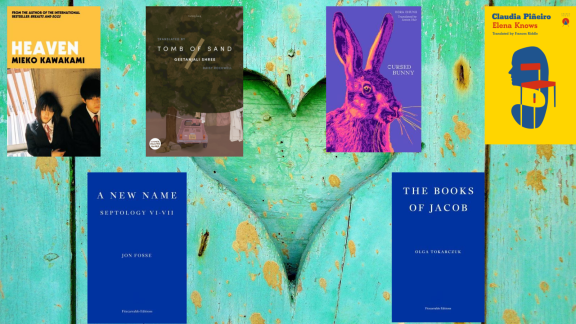 Summaries of the novels are below, with the judges comments. The winners of the prize will be named on 26 May 2022.

Told through the eyes of a 14-year-old boy subjected to relentless bullying, Heaven is a haunting novel of the threat of violence that can stalk our teenage years.

Instead of putting up resistance, the boy suffers in complete resignation. His sole ally is a girl classmate, similarly outcast and preyed upon by the bullies. They meet in secret to take solace in each other’s company, unaware that their relationship has not gone unnoticed by their tormentors.

Mieko Kawakami’s deceptively simple yet profound work stands as a testament to her remarkable literary talent. Here, she asks us to question the fate of the meek in a society that favours the strong, and the lengths to which even children will go in their learnt cruelty.

A unique story that interweaves crime fiction with intimate tales of morality and the search for individual freedom.

After Rita is found dead in the bell tower of the church she used to attend, the official investigation into the incident is quickly closed. Her sickly mother is the only person still determined to find the culprit.

Chronicling a difficult journey across the suburbs of the city, an old debt and a revealing conversation, Elena Knows unravels the secrets of its characters and the hidden facets of authoritarianism and hypocrisy in our society.

“Claudia Piñeiro’s short and deeply felt novel, evokes the loneliness of ageing and the uncertainty of memory. Frances Riddle’s brutal yet sparing translation suggests the shadows and light of noir without ever eclipsing the very human tragedy at the core of the book.”

Jon Fosse delivers both a transcendent exploration of the human condition and a radically ‘other’ reading experience – incantatory, hypnotic, and utterly unique.

Asle is an ageing painter who lives alone on the coast of Norway. His only friends are his neighbour, Åsleik, a traditional fisherman-farmer, and Beyer, a gallerist who lives in the city. There, in Bjørgvin, lives another Asle, also a painter but lonely and consumed by alcohol. Asle and Asle are doppelgängers – two versions of the same person, two versions of the same life, both grappling with existential questions.

Written in melodious and hypnotic ‘slow prose’, this is the final instalment of Fosse’s Septology, the major prose work by ‘the Beckett of the twenty-first century’ (Le Monde).

An urgent yet engaging protest against the destructive impact of borders, whether between religions, countries or genders.

In northern India, an 80-year-old woman slips into a deep depression at the death of her husband, then resurfaces to gain a new lease of life. Her determination to fly in the face of convention confuses her bohemian daughter, who is used to thinking of herself as the more ‘modern’ of the two. To her family’s consternation, Ma then insists on travelling to Pakistan, confronting the unresolved trauma of her teenage experiences of Partition.

A loud and irresistible novel. 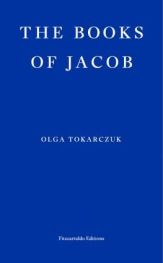 Olga Tokarczuk’s portrayal of Enlightenment Europe on the cusp of precipitous change, searching for certainty and longing for transcendence.
In the mid-18th century, as new ideas begin to sweep the continent, a young Jew of mysterious origins arrives in a village in Poland. Before long, he has changed not only his name but his persona; visited by what seem to be ecstatic experiences, Jacob Frank casts a charismatic spell that attracts an increasingly fervent following.

In the decade to come, Frank will traverse the Hapsburg and Ottoman empires as he reinvents himself again and again. He converts to Islam and then Catholicism, is pilloried as a heretic and revered as the Messiah, and wreaks havoc on the conventional order with scandalous rumours of his sect’s secret rituals and the spread of his increasingly iconoclastic beliefs. 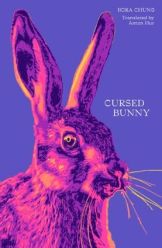 Bora Chung presents a genre-defying collection of short stories, which blur the lines between magical realism, horror and science fiction.
Korean author Bora Chung uses elements of the fantastic and surreal to address the very real horrors and cruelties of patriarchy and capitalism in modern society. Anton Hur’s translation skilfully captures the way Chung’s prose effortlessly glides from the terrifying to the wryly humorous. Winner of a PEN/Haim Grant.

While the stories in Cursed Bunny by Bora Chung blend elements of horror, fantasy and the surreal, each is viscerally rooted in the real fears and pressures of everyday life.

After reading Mary Costello’s short stories The China Factory recently, I was looking forward to one of her novels and I chose to start with The River Capture, in part due to its connection to James Joyce, as I also planned to read Nora: A Love Story of Nora and James Joyce in April.

I understood I was not going to pick up the references to Ulysses as I haven’t read it, so I looked up its description, structure and characters, just so I wasn’t completely ignorant of it. This was enough of an introduction to be helpful to my reading of the novel.

The first two thirds of the book is the story of Luke, a young man who has taken a year out from his teaching job in Dublin and returned to the home he inherited from his parents.

He is up and down in his moods, by turns hopeful and melancholic. We learn he was close to an Aunt that recently passed away and there is another Aunt Ellen, who he visits regularly, is there for her when needed.

He took a career break four years ago with the intention of doing something – writing a book perhaps – on Joyce or even Bloom. It was more than a whim, more than a money-making enterprise, though that too. It was an itch, a longing – a necessity even – to stay close to Bloom, to inhabit him day and night.

We are aware he was in a relationship in the past and that possibly his current situation is due in part to that loss as well. Fragments of his past are drip fed throughout the present narrative.

The world was his oyster then too. He had his life all mapped out – a few more years in the city, then he’d come back here with Maeve, work the land, fill the house with kids. Mammy, Josie, Ellen, the whole happy racket, like in the old days.

He must not exhaust himself thinking. Random inchoate thoughts following on more random inchoate thoughts. Thought is the thought of thought. The pressure of thoughts sometimes, ideas turning cartwheels in his mind. Coming in surges, fast-flowing, flooding. All is in all. His speech too, at times. His father always at him. ‘Easy Luke, easy, slow down.’ 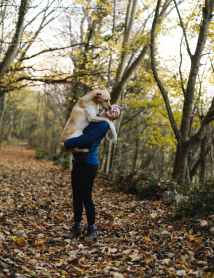 Photo by H. Muleba on Pexels.com

One morning a young woman arrives at his doorstep with a request, it is the beginning of a new friendship and he begins to anticipate her visits and look forward to things.

Unknown to the two young people, there is interconnected family history. His Aunt has strong feelings about events that happened long in the past and makes sure Luke understands how she feels.

‘Family is everything,’ she says quietly. ‘Blood is everything.’ Her voice is remote. Thinking of his mother, Sarah, maybe, who was not blood to her. Two strong women, once as close as sisters, growing gradually hostile towards each other over the years. From long summers spent sharing the kitchen, the initial joy of annual reunions to antagonism.

At the point that this history is revealed, the narrative changes and the Ulysses reference makes a significant impact on the structure of the narrative. The plot is arrested, and what follows are a multitude of questions or instructions and their answers about thoughts, memories, images, aspects of this story or about the text of Ulysses.

Melissa Harrison in her review observes of Luke:

A Joyce obsessive whose plans for a book have come to nothing, Luke is so immersed in Ulysses that he thinks in its language and rhythms, and sees parallels with Leopold Bloom, Stephen Dedalus and Joyce himself in the most minor occurrences of everyday life.

Some of the passages relate to the story we are reading and others relate to random other things.

Unfortunately for me, this change in structure midway into the storytelling was frustrating and I couldn’t appreciate it. I found myself  skipping some passages because I wasn’t interested in those subjects outside the story line. While other passages continued the story line, the abrupt change in format, having become used to a different style for the first 140 pages, felt like an imposition. 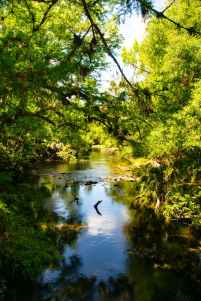 Photo by Anne Barca on Pexels.com

After reading the files, what action does Luke take?

Amid the emotional disconcertment, what pleasing patch of reverie does he stray upon?

Rising, finally, what does Luke do?

What fear suddenly assails him?

Has he had prior noonday visitations from the noonday demon?

What mental attitude – followed by physical action – does he use adopt to fight the demon?

What bodily posture does Luke adopt on leaving the house?

What dominant thoughts emerge from the riot of all others as he proceeds down the avenue?

The River Capture is a metaphor for the way one river captures or swallows another, a natural phenomenon of geography and this is what happens in the novel, one part of the narrative captures the other, taking our attention away from the sad reality of what is occurring.

The Guardian : Reviewed by Melissa Harrison – audacious literary ventriloquism – This beautifully modulated novel about a Joyce obsessive whose life has stalled bends Ulysses to its own ends.