During 2021, Cathy at 746Books, the team at Brian Moore at 100 and Northern Irish author, playwright Jan Carson (whose latest book The Last Resort will be published on April 1st) join forces to celebrate the work of one of Northern Ireland’s enigmatic writers and wanderers, Brian Moore, in his centenary year.

I have a personal interest in Northern Ireland, having discovered in my twenties that my biological father (unknown to me at the time) was born there. I spent some years doing my own private research that resulted in discovering a whole line of family, so reading a variety of literature from this part of Ireland is a form of distant connection for me.

When I looked at what Cathy was proposing reading for the year (see the list below), I looked up Brian Moore was interested in what I learned and managed to source about 5 of the suggested 12 novels. Another of the reasons I decided to participate, was the intrigue and recognition evoked by a statement Moore wrote shortly before his death:

“There are those stateless wanderers who, finding the larger world into which they have stumbled vast, varied and exciting, become confused in their loyalties and lose their sense of home. I am one of those wanderers.”

Brian Moore was born into a large, middle-class Catholic family, the fourth of nine children, in Belfast, Northern Ireland. His father was a surgeon and lecturer, and his mother had been a nurse.

In 1940 he became an Air Raid Warden, their role to enforce blackouts and report on bombing incidences, a role that would inspire the third in his ‘Belfast’ trilogies The Emperor of Ice-cream (1965). He also worked for the British Ministry of War Transport with postings to Algiers, Naples, Toulon and Marseille. After a period working for the United Nations in Poland he left Europe in 1948.

After following his lover Margaret Swanson to Canada, he would work for the Montreal Gazette, marry, become a Canadian citizen, begin to write stories for a weekend magazine and pulp novels for Harlequin under the pseudonyms Bernard Mara and Michael Bryan (1954-1957). Around this time, he wrote his first literary novel The Lonely Passion of Judith Hearne a story of an alcoholic Catholic spinster, set in a boarding house on Camden Street in Belfast.

Looking back, he said, “I was very lonely, I had almost no friends, I’d given up my beliefs, was earning no money and I didn’t see much of a future. So I could identify with a dipsomaniac, isolated spinster.” 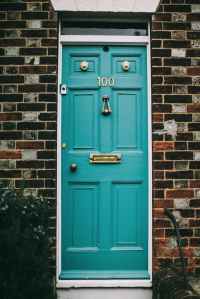 Photo by Lina Kivaka on Pexels.com

His early rejection of the Catholic church filtered into much of his work, and his experiences during the war likely contributed to a pessimistic view of humanity. His isolation and ‘outsider’ perspective gave him unique and provocative insights, perhaps without fear or care of consequence.

He wrote 26 novels over the span of 50 years, living most of his life in Canada and the US, writing at a distance from his native land. He was awarded the James Tait Black Memorial Prize in 1975, the inaugural Sunday Express Book of the Year award in 1987 and shortlisted for the Booker Prize three times. His first four (mainstream) novels were banned in Ireland.

Though his work makes such an important contribution to the historical era and commentary on issues, and received both critical and public success, much of it is now put of print, this project attempts to revive interest by reaching out to scholarly critics, readers and the general public. The project is run by Sinéad Moynihan and Alison Garden.

The Read Along Titles for 2021

Here are the books that have been chosen for the ReadAlong, as I read those that I have (in bold) I’ll link my reviews back to this page. I’ve just started Lies of Silence and it’s already gripping.