I enjoy fable-like stories or those that reference them and when I saw this title, I was captivated and intrigued by the image and concept of a rain heron. It reminded me of reading Patrick Ness’s The Crane Wife and so I thought why not, see what this eco-fable was about.

Tales of Imaginary Birds and Nature

The first chapter tells what I imagined was the original fable of the rain heron and the unlucky farmer, and from what I can gather, the author has made this story up as well. It’s a story of a woman running a farm, the daughter of generations of farmers, but one who struggles for many reasons no matter what methods she tries.

Until one day a big storm comes and destroys nearly everything; at the end of which she is found curiously draped over the branches of an old oak tree.

Even more surprising was the large heron that rose out of the floodwaters, leaving not a ripple behind it, that landed on the branch beside her. The birds blue grey feathers were so light, they were near transparent. When it flew off, water fell from its wings like rain. Its appearance changed the fortune of the unlucky farmer, until the neighbour’s jealous son’s envy caused her bad luck to return.

What is A Fable?

So is it a fable? It’s a tale of someone who has bad luck, who for a period their luck changes, but as with life, good luck causes jealously in others, who have destructive tendencies. And so the bad luck continues.

“I just set out to write a story where real characters or characters that felt real had their lives intertwined with the nature fable.”

Arnott then begins a new story in four parts, in which we meet Ren, a woman who has left her home after a military coup and gone to live in the mountains. She is virtually self-sufficient apart from occasional exchanges with a man named Barlow and his son. The outdoor scenes are vivid and believable, Ren is a really interesting character I wish we’d spent more time with.

Photo by Josh Sorenson on Pexels.com

We don’t know exactly why she fled or what the coup was about, but the man alerts her to the presence of soldiers searching the mountainside for something, a group of four lead by a young woman referred to as Harker. They are in search of evidence of a myth and they will make Ren suffer until she divulges what she knows and leads them to its source.

In the second part, we go back in time to a seaside settlement on the South  coast and meet Zoe and her Aunt, just as the girl is being initiated into the village tradition of squid ink gathering, a secret trade that is shared with no one. An ambitious Northener arrives seeking knowledge for his ideas and is spurned, he turns towards destructive means and with everything that follows Zoe leaves. This community and environment are really brought alive and I was disappointed when this part ended.

The story returns to Harker and her troops and their journey, here I felt the story waned, a few connections had been made and the interwoven nature of the parts revealed, but neither the landscape nor the characters gain traction, Harker is determined in her mission, but self-destructive in her nature and has lost whatever empathy she ever had. Her previous actions are hard to understand, her transformation(s) not entirely believable. 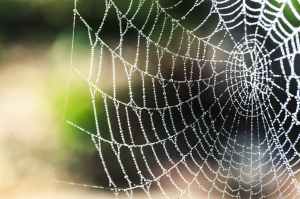 Most of Arnott’s characters are women and I did find myself pausing early on and wondering why he chose to inhabit so many lead female characters, the unlucky farmer, the woman surviving in the mountain, the leader of the army group. I made a note when this thought arose, because these women were all acting in ways often attributed to men, and I wondered if anyone else had noted this. Harker uses brutal tactics to change Ren’s mind; Ren has abandoned her son.

In an interview Arnott says it made more sense for him to portray those characters as women, because it required them to demonstrate resilience, something he considered more of a female trait within this story.

Because they were spending a lot of time in the wilderness, he thought writing them as male characters would come across as cliché, referring to woman as having:

“that gentle, firm, methodical way of dealing with problems as opposed to letting anger and frustration rise to the surface”

The author says he wasn’t trying to convey a particular message, but the situations he puts his characters in and the familiarity of some of the climatic events that occur make it a thought provoking story, and I think it’s all the better for not coming to any conclusion or moral, for it exists as a catalyst for discussion of those various controversial situations that arise.

My favourite character and the one we spend too little time with was the rain heron, who spends most of the book hidden away, but listening to Arnott talk about his inspiration behind the bird, who he first imagined as a storm, manifest into a bird that had magical qualities and was a kind of anti-hero, made me wish that the heron had more of a presence.

His point here was that in nature, birds and animals are really not interested in humanity, not in the way humans are interested in them, acting from instinct not from consideration or desire. That said, he has created a creature that readers are indeed likely to be fascinated with!

The Rain Heron (2020) was Tasmanian author Robbie Arnott’s second novel, his debut Flames was published in 2018.

9 thoughts on “The Rain Heron by Robbie Arnott”