An Unnatural History of Family and Place

Terry Tempest Williams is a writer with a deep and active interest in environmental education and conservation, Refuge is both a memoir of a period in her life when she accompanied her mother through the illness that would claim her life, and shortly after her grandmother, leaving her the matriarch of the family at the age of thirty-four.

Although this is the book she is most well-known for, I first read and reviewed her writing and encountered her mother in a more recent, and equally extraordinary book, When Women Were Birds, Fifty-Four Variations on Voice, which was written twenty years later (when the author was 54) in 2012. It was also the age her mother was, when she succumbed to the illness written about in Refuge.  I recommend it equally, they are a unique pair, in their insights, their confusion, their ultimate compassion and understanding.

Throughout the memoir, she spends time with her mother, and equally has concerns for the Great Salt Lake, which sits on their doorstep, it is the place she grew up in, a landscape and wildlife she is obsessed with, one I knew nothing about, but became increasingly intrigued by, this enormous, terminal lake with no outlet to the sea.

Great Salt Lake: wilderness adjacent to a city; a shifting shoreline that plays havoc with highways; islands too stark, too remote to inhabit; water in the desert that no one can drink. It is the liquid lie of the West.

Natives of the area speak of the lake in the shorthand of lake levels, it’s not deep, but it is vast, so it doesn’t take much precipitation for significant rises to occur. In the mid 80’s when she was writing this book (it was first published in 1991) talk on the streets of Salt Lake City was of the lake’s rapid rising, everyone had concerns, the airport, the farms, the railroad, survival.

My interest lay at 4206′, the level which, according to my topographical map, meant the flooding of the Bear River Migratory Bird Refuge.

She writes about her family history, her genealogy with its deep roots in the American West her Mormon culture has preserved and their connection to the natural world, infused with spiritual values.

The birds and I share a natural history. It is a matter of rootedness, of living inside a place for so long that the mind and imagination fuse.

As the author shares the drama unfolding within her family of which she is the eldest child and only daughter, there is always the metaphor of the lake, the simultaneous restlessness of its birds, as if they too sense change coming; she wonders if they are better adapted to it than humans.

The thirty-six short chapters each carry the name of one of the bird species that inhabits the lake environment, they may only be mentioned in one sentence, but they are all listed, noted, observed over time, throughout the pages, they represent the life cycle of species, moving on, migrating, adapting to change, dying, making way for the young.

William’s both observes beauty and dissects suffering as she observes her mother’s and her own and tries to make sense of it, through nature and her current philosophical understanding.

Tonight I watched the sun sink behind the lake; The clouds looked like rainbow trout swimming in a lapis sky. I can honour its beauty or resent the smog in this valley which makes it possible. Either way, I am deceiving myself. 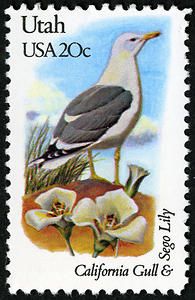 Birds are entwined with local folklore, the Californian gull rescuing the Mormons in 1848 from losing their crops to crickets. They still gather to tell this story.

How the white angels ate as many crickets as their bellies would hold, flew to the shore of Great Salt Lake and regurgitated them, then returned to the field for more. We honour them as Utah’s state bird.

It’s a book where you could highlight a passage on each page, one you can open on a random page and find some meaningful, reflective passage on life, an interesting bird fact or a brief history lesson.

The writing is at times poetic, sometimes scientific, passionate and honest. There’s a perfect balance between the personal and the environment that makes it a compelling read, but also one that you’ll want to savour.

The mother and daughter get their astrology charts done and read each other’s.

“I liked the part about Terry being neat and meticulous,” teased Mother. “I remember standing in the middle of your bedroom when you were about thirteen years old. Everything in your closet was on the floor, art and school papers were piled high on your desk. I remember thinking, I have two choices here – I can harp on her every day of her life, making certain her room is straight – or I can close the door and preserve our relationship.”

As the Great Salt Lake continues to rise, a deep sadness washes over her that all has been lost.

I am not adjusting. I keep dreaming the Refuge back to what I have known: rich, green bulrushes that border the wetlands, herons hiding behind cattails, concentric circles of ducks on ponds. I blow on these images like the last burning embers on a winter’s night.

There is no one to blame, nothing to fight…Only a simple natural phenomenon: the rise of the great Salt Lake.

There is also refuge in poetry, in other writers and the book is interspersed with memorable quotes from those whose words soothe her during this period of grief, as her mother goes into decline. And so I leave this sharing of thoughts on the book here with her reading her Mother a poem one afternoon by Wendell Berry:

When despair for the world grows in me

and I wake in the night at the least sound

in fear of what my life and my children’s lives may be,

I go and lie down where the wood drake

rests in his beauty on the water, and the great heron

I come into the peace of the wild things

who do not tax their lives with forethought

of grief. I come into the presence of still water.

And I feel above me the day-blind stars

waiting with their light. For a time

I rest in the grace of the world, and am free. 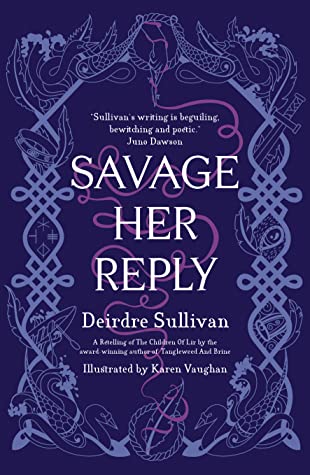