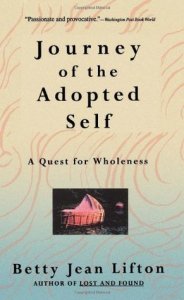 I haven’t read an adoption book in many years, and in fact I have only ever read one,  one that is considered a classic in adoption literature Nancy Verrier’s The Primal Wound.

I decided I should increase my awareness and familiarity with the issues, as I’m writing down the story of – as the author, scholar and mythologist Joseph Campbell would put it – my ‘hero’s journey‘, learning who I was ‘born to‘, which is necessary if we wish to learn more about who we were ‘born to be‘, something which is neither about the family we are raised by, nor the one we are biologically related to, but that in-between place, where we carry influence from each, which once unravelled, allows us the space to detach from them both, to pursue a life we can truly claim as our own. 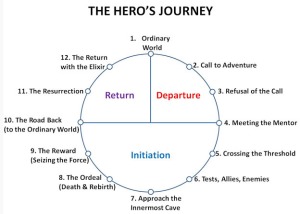 Journey of the Adopted Self, follows that traditional quest, and for each element in the journey, the responding to the call (the decision to search), the departure (actively seeking), meeting the mentor (finding help) crossing the threshold (making contact), the challenges + the ordeal (dealing with the aftermath), the reward (unravelling the mystery), the road back (the new ordinary life) and the elixir (the transformation and the life lesson) the authors discusses a range of issues that can arise and gives examples in brief snippets from the many case studies she has had access to as an adoption counsellor.

Each person has a unique experience, so in the journey there are many reactions likely to be encountered, but the one thing that all adoptees have in common, is that they have experienced what is referred to as the ‘pre-verbal trauma’ of separation from the mother. That may have been immediately after birth or soon after, some babies may never have been held by the mother who carried them for those nine months, others may have been for a few hours or days, or even a few months. 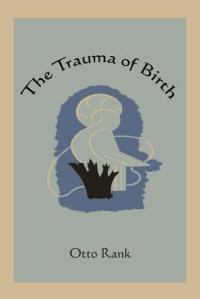 According to the Austrian psychoanalyst and contemporary of Freud, Otto Rank in his book The Trauma of Birth, everyone experiences significant trauma at birth and that trauma or separation from the safety of the womb is healed over time by the bond created and the physical proximity and nurturing provided by the mother, whose heartbeat, smell, voice and very being are a comfort to the baby, who has known these things without seeing them from within.

Adoption adds another layer to the trauma, as the bond with the mother who gives birth is severed and the nurturing is to be provided by another, who has not been infused with the maternal hormones of pregnancy that nature creates to ensure the mother mothers her child. The adoptive mother in her head and heart wills herself to be and provide that role and is a good substitute, but that doesn’t avoid the fact that the baby will have experienced that initial double trauma of separation, first from the womb and then from the human it was connected to that birthed it.

Because this experience happens so early in the life of a baby, it is possible the trauma can lie so deep that for some it may not rise to the surface until very much later, or it may be possible to live without realising or recognising the behaviour patterns that are a common thread to those who have experienced this at birth.

How well adoptees overcome the traumas inherent in adoption and the additional ones they encounter in their specific families will be determined by their genetic susceptibility to stress – some children have more than others – and their ability to find an empathic teacher, friend or mentor to give them emotional support.

The author describes a range of different responses her clients (adult adoptees) experienced in the many aspects of the journey. Any adoptee who reads it, is likely to resonate with a number of passages, which may relate to their own experience in navigating the triad of adoptive parents, birth parents and siblings and the adoptee themselves, in particular if they have been involved in the closed adoption system, where all ties with the biological family are severed, the child’s name changed, legally becoming another person in another family.

This book then, is about the search for the adopted self. It is not the literal search in the material world, where one sifts through records and archives for real people with real names and addresses; but rather about the internal search, in which one sifts through the pieces of the psyche in an attempt to understand who one was so that one can have a sense of who one is and who one can become. It is the quest for all the missing pieces of the self so that one can become whole.

Essentially it is a healing journey, although that may not be something consciously embarked upon, and inevitably in any kind of healing journey, there are likely to be disruptive elements as we realise and confront aspects of ourselves that we haven’t been aware of.

At a psychiatric meeting in Ireland I was asked by a young doctor whether an adoptee must search in order to heal, or whether there were other ways.
It was a very good question and one for which there is no definitive answer. “There are other ways to heal, of course,” I replied. “But if possible, finding one’s heritage is the best, for it enables the adoptee to become grounded in biological and historical reality. The very difficulty of the search is a commitment to the transformation of the self.”

It suggests that adoptive parents should also familiarise themselves with the potential issues before considering adopting a child and that it is a responsible idea to also seek help/therapy while raising an adopted child. This seems so obvious and yet, in the era my siblings and I were raised, society and the system considered us ‘a blank slate’, so old-fashioned parenting would suffice, and everything was dealt with “as if” you were an ordinary child and parents were just expected to get on with it, as if they too had not been through their own trauma that might need healing, prior to the appearance of a child. Adoption was seen as a cure-all, with no healing required.

There are so many passages I could share, however it is a book that will be personal to each reader, depending on their role, perspective and experience. I found it an insightful and helpful read, leaving me with much to reflect on.

I’ll be reading a few books on this subject in the coming months, as part of my research and writing, which is why there have been less reviews and reading of fiction. It’s not easy to read fiction while writing, even though I feel the lack, but I’ll try to keep posting, as I travel the writing path.

Buy a copy of this book via Book Depository here