Described as a compelling novel about two women caught in a constricting web of tradition, class, gender, and motherhood and set in Nigeria, I requested this novel via NetGalley earlier this year immediately attracted by the premise and the setting.

Coincidentally, the day I started reading it, I became aware it was one of the five shortlisted novels for the Canadian literary award, the Scotiabank Giller Prize on the same day the winner was to be announced.

It didn’t win – that award went to journalist/novelist Omar El Akkad for What Strange Paradise, a novel that examines the current refugee crisis and the lengths to which people will go to find home, safety and belonging – however The Son of the House is already an award winning novel and one that addresses important contemporary issues and one I highly recommend reading.

I really enjoyed The Son of the House right from the opening pages; the intrigue set up by the fact that two women have just been kidnapped from within their car on a residential street, we know nothing about who they are or why this has happened. However, it is not the drama that takes centre stage, it is the lives of the characters, who we will come to know.

These two do know this kind of thing can happen and the woman who drove castigates herself for having taken that particular road.

We did not entertain the idea that the police might save us, guns blazing, as happened in the movies. The police themselves, people said, would sometimes tell the family of kidnapped persons to go pay the ransom so that harm would not come to their loved one. They had neither the resources nor the serious desire to pursue kidnappers. There was even speculation that the police might be complicit in some kidnappings. So our only hope, like many kidnapping victims in this country, was that our people would come up with the money.

Since they are going to be spending time together, they decide to share their stories. And thus the reader must wait while getting to know these two women and the circumstances that lead to this intersection of their lives.

Their lives are very different, and both equally fascinating and riveting to read about.

Photo by Breston Kenya on Pexels.com

Nwabulu, lost her mother when she was born and her father remarried soon after.

From that day, the peace and joy of our home moved somewhere else; peace and joy could not stay in the same room as Mama Nkemdilim’s jealousy.

Her stepmother resents her and at the first offer, sends her away to serve for a family. Innocent, yet she seems to go from one terrible situation to another, no adult looking out for her, she is vulnerable to the outside world, even within the supposed confines of an employer’s home.

I had been a housemaid for nearly half my life when I met Urenna. My first sojourn as a housemaid began when I was ten.

She finds a situation finally that suits her, only to be disgraced and sent back again to the village. The situation that occurs is the first instance we become aware of the presence and significance of ‘the son of the house’.

I was a housemaid. He was the son of the house. He would not really know what it was like to work in a place and live and sleep there but still know that it was not home. He would not know and I could not put it into words.

Back in the village, an older woman who has lost her son, appears to offer solace to Nwabulu, but her life too revolves around this traditional symbol, and the lengths to which she will go to fulfill it are devastating.

Although this is a story of women, it is also about the intersection of women and the importance, presence and success of this symbol, ‘the son of the house’ to their society and how it impacts their lives as girls, sisters, young women, and as mothers.

Photo by Monstera on Pexels.com

The second woman Julie is single and contentedly having an affair with a married man. She has one brother and he is supposed to be the example and support of his family, according to how their father has raised them.

“By joining the church and getting an education,” he continued, “I brought light to my family. It is the duty of each new person in the line to bring something good to the family, to keep the family going.”

However, due to her brother’s problems, her father makes this her responsibility, on his death bed, that she will work to ensure the success of her brother in meeting his familial duties – here again we realise that these stories, these women’s lives revolve in some way around maintaining the tradition, the status of the patriarchy, in the elevation of and presence of ‘the son of the house’.

I would make a better son of the house, I sometimes thought. But what fell to me was not carrying on the family name but ensuring that the one who was to do so succeeded.

As their stories unfold, we also discover the importance of these women’s friendships, both of them have been helped by their best female friend at a turning point in their lives and the mystery gradually unfolds as to what has brought these unexpected allies together.

It’s a riveting read and an insight into Nigerian culture and classism, into how two very different women navigate a traditional patriarchal society and not only survive, but the lengths to which they will go to both meet those cultural/societal expectations, to develop resilience, how they find ways to rise beyond it.

I loved the book and thought the characters were realistic and intriguing and the sense of place evocative.

Here’s the fabulous UK cover version, it was published in the UK by my favourite publisher, Europa Editions in May 2021. Highly Recommended.

Interview, Olongo Africa: I am a child of the 80’s an interview with Uchechukwu Umezurike 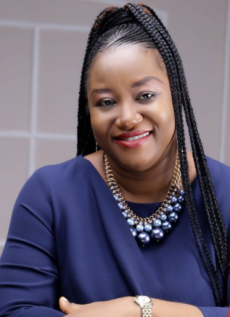 She holds a doctorate in law from Dalhousie University and works in the areas of health, gender, and violence against women and children.

Cheluchi divides her time between Lagos and Halifax.