There once was a woman who fell in love with a poem.

So begins a mini essay written for the Irish Times by the author Doireann Ní Ghríofa describing her almost life-long obsession with the Caoineadh Airt Uí Laoghaire, (The Keen for Art O’Leary), an epic Gaelic lament, published in 1773 by Eibhlín Dubh Ní Chonaill, upon learning of the brutal murder of her much desired husband, whose unborn child she carried.

In A Ghost In My Throat, she puts aside the documents and transcripts and in compelling, often poetic, multi-layered prose, talks us through the journey this poem has taken her on and carried her through, as she imagines but rarely fabricates the life of Eibhlín Dubh (whose full name translates to Evelyn Dark O’Connell).

It is beautifully coherent and audacious, a feat normally given to scholars occupying dusty rooms in closed towers, firstly that the Caoineadh made it into print and endures, despite being the work of a woman; most who lived in the 1700’s, the 1800’s and even the early 1900’s have long since slipped into silence and out of print and secondly that Doireann Ní Ghríofa managed to pursue her research passion while pregnancy, motherhood and house-wifery claimed most of her hours.

Our Purpose Finds Us, Silencing the Naysayer(s)

Photo by Suzy Hazelwood on Pexels.com

More than a passion, the poem provided solace, company, offering mystery and a promise, one whose secrets would only be revealed if she trusted the process and closed her ears to the reverberating comment of the visiting public health nurse, who’d snooped through her folders while she was making tea.

‘Art O’Leary! Probably as close as we got to boy-bands, in my day.’ I try to mask my grimace.

‘Taking a night course, are we?’ I shake my head.

‘So what’s all this for then?’ My shoulders answer on my behalf, my whole body prickling crimson. She soon turns to scolding me about the baby instead: no feeding schedule, no set sleep routine, one would imagine with a fourth child a mother would be a little more, well…she lifts her brows and palms.

Though her words provoke tears, self-pity, anger and rage, they result in a resolute clarification of her purpose.

In my anger, I begin to sense some project that might answer the nurse’s query. Perhaps I’d always known what it was all for. Perhaps I’d stumbled upon my true work. Perhaps the years I’d spent sifting the scattered pieces of this jigsaw were not in vain; perhaps they were a preparation. Perhaps I could honour Eibhlín Dubh’s life by building a truer image of her days, gathering every fact we hold to create a kaleidoscope, a spill of distinct moments, fractured but vivid. Once this thought comes to me, my heart grows quick. I could donate my days to finding hers, I tell myself, I could do that, and I will. 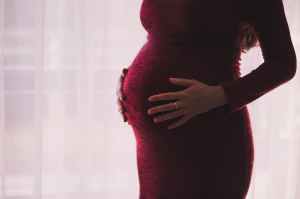 Photo by freestocks.org on Pexels.com

This is something Doireann Ní Ghríofa has thought long about, years in fact. This poem and the absence of women in texts. The absence of women’s words. The difficulty in accessing the voice, the thoughts, the words, the life of women. Valuing their contribution, raising the importance of their passions and intellectual pursuits, that might valiantly sit alongside the domestic pursuits of raising children and keeping a home.

She is all those things, sharing them, giving them equal value and space on the page. A breastfeeding mother, a lover, a housewife, a poet, a reader, a writer, a medical student, a seer.

This is a female text, composed by folding someone else’s clothes. My mind holds it close, and it grows, tender and slow, while my hands perform innumerable chores.

This is a female text, born of guilt and desire, stitched to a soundtrack of nursery rhymes.

Commemoration in a Poem

Her research tells us that in the old Gaelic order poems were traditionally commissioned by taoisigh – who employed a (male) bard to commemorate an occasion or person in verse, whereas that attributed to women resides in their bodies, in song, in an oral or embroidered tradition. Some say this poem can not be considered a work of single authorship, referring to it as a collage, or folky reworking of older keens. This has our author looking up the Latin for text, to find it rooted in the word ‘texere‘ : to weave, to fuse, to braid.

the Caoineadh form belongs to a literary genre worked and woven by women, entwining strands of female voices that were carried in female bodies, a phenomenon that seems to me cause for wonder and admiration, rather than suspicion of authorship.

Reading all she can find in libraries and online, in academic sources or otherwise, relating to her ghostly poet, Doireann Ní Ghríofa sees between and around the lines of texts, scanning for clues. An 1892 publication: The Last Colonel of the Irish Brigade: Count O’Connell and Old Irish Life at Home and Abroad, 1745-1833 details a stash of family letters belonging to Eibhlín Dubh’s brother Maurice, from which she is able to:

commit a wilful act of erasure, whittling each document and letter until only the lives of women remain. In performing this oblique reading, I’ll devote myself to luring female lives back from male texts. Such an experiment in reversal will reveal, I hope, the concealed lives of women, present, always, but coded in invisible ink.

There is so much in this book that I admire, that I connect to and could mention, but as I see the word count pass 1,000 words, I know I must stop and let you discover it for yourself. Within the first 50 pages I was hooked, highlighting lines, noting synchronicity’s, reliving heartbreaking experiences, recognising an obsessive desire to follow threads, reading, learning, writing while nurturing, mothering & creating. What a find this was!

Having finished it, I can say I absolutely loved it, it is one of my most scribbled in books, reading it over a weekend, I had to force myself to pause to make it last, a hot contender for my ‘Outstanding Read of 2020’ and a brilliant example of a poet with narrative storytelling ability turning to prose. Sad to be finished but happy with the promise the author makes in the last lines.

Irish Times : Doireann Ní Ghríofa: The woman who fell in love with a poem

thejournal.ie : ‘It’s so astounding that a woman can disappear to that extent’: Rediscovering the author of Ireland’s greatest love poem