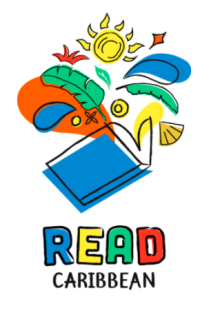 June is Caribbean Heritage Month in the US, held to recognise the many contributions they have made, so not surprisingly, it has been picked up by Book of Cinz to create awareness for Caribbean Literature, Caribbean Authors and Authors from Caribbean Heritage for readers, encouraging us all to discover and read more of their works.

I have a fondness of Caribbean women writers and in years past I have reviewed a number of books by the Guadeloupean author Maryse Condé. Crossing the Mangrove  was one of my favourite reads in 2020.

Jamaica Kincaid is another author I admire and her novel The Autobiography of My Mother was an Outstanding Read of 2015. There is something special in the way they writer inter-generational stories, even when some have immigrated, there remains a connection between women in families, even those who have passed, that they have a particular way of expressing that I find magical, as they address themes of identity, belonging and familial connection.

It seems that they have developed their own history, mythology, use of language and tradition and not only are they connected to the African diaspora, there is the effect and influence of colonisation, something that both takes away from their essence and has woven itself into their thinking, they can neither rid themselves of it or embrace its legacy.

The Mermaid of Black Conch is an excellent example of the intersection of those effects and her well drawn characters each possess something of that heritage and complication.

Monique Roffey uses a Neo-Taino (people who inhabited the Caribbean 2000 years before the Christian era) legend of a woman transformed into a mermaid, having been cursed by jealous women due to her beauty and effect on men as the foundation of a contemporary story, when this ancient mermaid is captured by an opportunistic and exploitative American man and his son in a fishing competition.

A local fisherman David sings to himself awaiting his catch and the ancient mermaid Aycayia first appears to him. The story is told in part through his journals and in part through the poetic songs of the mermaid and a third person narrative.

She looking like a woman from long ago, like old time Taino people I saw in a history book at school. She face was young and not pretty at all and I recognise something ancient there too. I saw the face of a human woman who lived centuries past, shining at me.

David feels guilty when he hears of the mermaids capture knowing that she has become familiar with his presence. He blames himself for her capture and decides to intervene knowing nothing good will come of her being taken by men not from the island.

Photo by William McAllister on Pexels.com

The man who captured her insists she is a fish and has destructive, misogynistic intentions, while his son, whom he had brought with him in the hope of father-son bonding, is appalled but ineffective in stopping him, as are the other men on the boat.

They are a reminder of the many who came before them exploiting the islands natural resources, wishing to claim her bounty as their own.

Uncomfortable yet uncaring, violence and violation has become normalised and the suggestion that she may be worth millions renders them all complicit.

David’s original plan to release her is thwarted as she transforms into a woman, but with few of the skills necessary to survive and he is afraid of people finding out he had sheltered her. He tries to gain her trust, but she is wary of men.

She’d changed his comprehension of what it was to be human. An intuition pestered him that they had met before, that he’d even been searching for her, out there, by those jagged rocks off Murder Bay.

Miss Arcadia Rain, another island inhabitant lives in the biggest house on the island with her deaf son Reggie. She is local, white and a landowner; she keeps herself distant from the population, though she is as much a part of it as them all. The bay area was her inheritance, it is both her joy and a burden something she struggles to reconcile.

The Rain family had owned almost the whole of St Constance, since 1865, a generation after slavery time. The estate was mostly rainforest high up in the hills, but it came down to St Constance and the bay.

The mermaid becomes friends with Reggie and the two use sign language, to communicate; the friendship brings David and Miss Rain together as they try to figure out what to do.

Inevitably there is another jealous woman, and the ill-meaning cackle of those who long ago cursed Aycayia can be heard, as strange things happen on the island making it clear that she is unlikely to be able to stay.

The story explores love, loss, separation, the destructiveness of female jealousy, the ease and allure of male corruption and the repercussions of one family possessing ownership of most of the land in a community.

Although the mermaid is the oldest inhabitant, she is seen as an outsider and her presence brings out the good and the bad in the community, exposing its cracks.

It’s a thought -provoking read and an interesting portrayal of a community living under the influence of its historical past and that influences the behaviour of contemporary inhabitants.

The Mermaid of Black Conch was the 2020 winner of the Costa Book Award, with another Caribbean author Ingrid Persaud winning the Debut Fiction Prize for Love After Love.

The Observer: The Mermaid of Black Conch by Monique Roffey review – a fishy tale of doomed womanhood by Anthony Cummins

Do you have a favourite Caribbean novel?