The other literary event that has been progressing while I was offline is the Baileys Women’s Prize for Fiction.

I wrote about the announcement of the Baileys 2016 Longlist here, and below are the six titles with short summaries that made up the shortlist announced in early May.

The winner of the prize will be announced Wednesday 8th June, 2016. 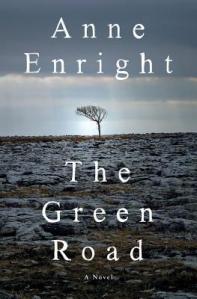 Cynthia Bond: Ruby – Heart-breaking tragedy and graphic abuse in lyrical prose, Ruby escapes her past in the 1950’s for New York only to have to return, sending her into a kind of madness. Tortured souls and the redemptive power of love, not for the faint-hearted.

Anne Enright: The Green Road – the story of Rosaleen, Irish matriarch of the Madigan family, and her four children, spanning 30 years, three generations and told from the perspective of each child. Having left Ireland they all return when mother announces she is to sell the family property. The battles we wage for family, faith, and love, told through an acute insight into the sibling characters and the landscape they call home. Bookies favourite.

Lisa McInerney: The Glorious Heresies – consequences of a messy murder and cover up continue to reverberate in the lives of five misfits who exist on the fringes of Ireland’s post-crash society. Dark humour explores Irish 20th C attitudes to sex, family and forces the reader to empathise. A debut that might just topple the rest with its originality, wit and insight. 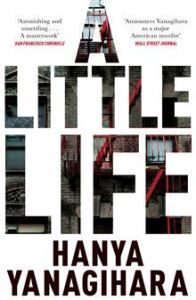 Elizabeth McKenzie: The Portable Veblen – Set in Palo Alto, amid the culture clash of new money and old values,  amid the threat of looming wars. Quirky, humorous, contemporary family saga with a protagonist who believes squirrels are talking to her.

Hannah Rothschild: The Improbability of Love – Satire of the London art world amid a character getting over a broken heart, the discovery and mystery of an old painting, a lost masterpiece by an 18th C French artist, a melange of entertaining stories, voices, characters, points of view. Another quirky entry, bit of a ‘love vs couldn’t finish (or even start) it’ novel. Divides readers.

Hanya Yanagihara: A Little Life – follows the complicated relationships of four men over decades in NYC, their joys and burdens, Jude’s journey to stability, scarred by a horrific childhood with its prolonged physical and emotional effects. More tortured souls and a big, fat read.  A 5 star rating, readers often hesitate to recommend.

An alternative shortlist can be viewed here, the result of the Shadow Jury of bloggers, coordinated by Naomi at The Writes of Women. 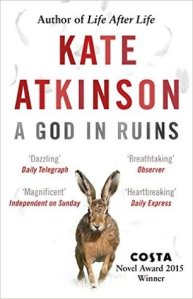 Watch this space for the announcement of the official winner: