What is February? A wonderful metaphor for the unpredictable, of opposites, a reminder to live without expectation while also appreciating ritual and traditional when it is gifted.

“It was the only way I could make sense of something that seemed so arbitrary to me. I soon began noticing things I’d never noticed in February. A sudden whiff of early spring one day, followed by a snowstorm the next. A certain restlessness in the air.” 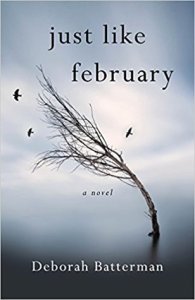 Just Like February by Deborah Batterman is a novel that is immersed in nostalgia for the past, for the innocence of childhood and the reluctant awakening of the adolescent, of the fragility of love, the need for forgiveness, the pain of judgement.

When it opens Rachel is 5 years old, remembering the on again, off again nature of her parents commitment to getting married. She finds solace in her Uncle Jake, when he is around and through his postcards and letters, as he voyages around.

There is a longing in her that only Jake can appease, however there is mystery around him that is slow to be revealed though often hinted at throughout the text, a reminder in the way of it being written of traditional attitudes of skirting subjects, keeping up appearances, of that lurker, denial.

Once it becomes clear to the reader what’s happening to Jake, I couldn’t help but think of similar decisions that were made by the producers in consultation with band members of the rock group Queen (amid plenty of controversy), in the extraordinary film Bohemian Rhapsody a wonderful tribute to their creative music making and to their lost lead singer Freddie Mercury.

They highlighted family tension as well as tenderness, an unrequited love that endured despite all the pain, creativity born out of frustration and conflict. It was not necessary to over indulge the audience with the misery of the slippery slope, that temporary gratification, hedonism lured him into. It was hinted at, respectfully.

“I didn’t want to write an AIDS movie, to be honest with you. And then, I just looked the period – It’s sort of where he rejects [his bandmates] and comes back to them. It’s sort of like a family movie. It’s sort of like ‘I hate my family, I want to be independent, and then I come back’.” Screenwriter, Peter Morgan 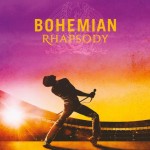 And so too I wonder about the stories behind the story, what would this story be if Jake had been the protagonist, or if Rachel had been more forthcoming earlier on. In a way the novel experiences that secrecy of the eighties, for despite what it says in the blurb, it doesn’t confront the issue of AIDS, it waits until nearly the end before revealing it, thereby creating in the reading experience that same feeling of something being held back, not addressed.

John Boyne also does this exceptionally well through his character Cyril Avery in The Heart’s Invisible Furies. And ultimately though it took years in the making, with a change of cast and direction, Rami Malek, the Egyptian-American actor that took on the role of Freddie, gets to the truth of his character when he reflects:

“I think if you don’t celebrate his life, and his struggles, and how complicated he was, and how transformative he was – and wallow instead in the sadness of what he endured and his ultimate death – then that could be a disservice to the profound, vibrant, radiant nature of such an indelible human being.”

It’s a novel that makes you want to peel back the layers and find out why, the reason perhaps he avoided those family gatherings that are known to get to the heart of issues, when families can no longer keep up appearances and combust. I could feel myself wanting to leave that table. Just like February.

Knowing others is intelligence;

knowing yourself is true wisdom.

Mastering others is strength;

mastering yourself is true power.

Tao Te Ching: The Classic Book of Integrity and the Way

I have also read and reviewed Deborah Batterman’s excellent collection of short stories Shoes Hair Nails which the author sent me after I forwarded her a picture of a pair of Marie Antoinette silk slippers that were put up for auction on the 100 anniversary of her execution.

N.B. This book was provided to me kindly by the publisher.